The best and 'most fun' LGBTQ+ travel destinations 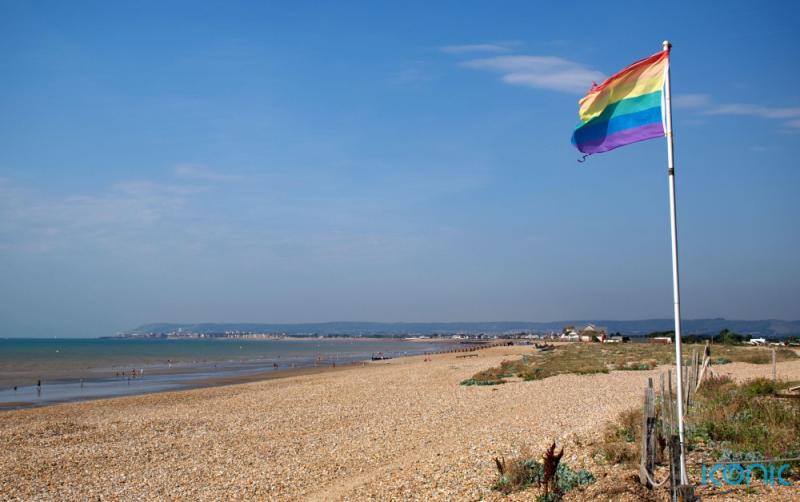 Pride coincides with the summer season, so where are the best spots to visit as an LGBTQ+ person?

Pride month is upon us, with celebrations planned all over the world – bringing together members of the LGBTQ+ community to protest, party and participate in important conversations.

Jenna Howieson, Pride travel expert and diversity, equity and inclusion lead at Skyscanner (skyscanner.net) says: “After largely virtual Pride events over the last two years, 2022 marks the return of a host of in-person events across the globe. Much more than just a celebration, Pride is a chance to reconnect with our community, commemorate and push for change and acceptance.”

But travel isn’t always easy as an LGBTQ+ person, with the Human Dignity Trust saying there are 71 countries where “jurisdictions criminalise private, consensual, same-sex sexual activity”.

So, where are the best – and most fun – places to jet to as a member of the LGBTQ+ community this summer?

Toronto is a place where cosmopolitan living and nature collide.

Canada was one of the first countries in the world to legalise same-sex marriage, in 2005. Simon Hickie, associate people director at Holiday Extras (holidayextras.com), says: “Canada has some of the most progressive laws on LGBT+ rights in the world, and you can expect a progressive, accepting attitude throughout the country. Its biggest city, Toronto, is home to a lively LGBT scene centred around the Church and Wellesley district.

“Be sure to visit Woody’s – one of the city’s most famous gay bars – to catch one of its drag shows. You may recognise it from the original North American version of Queer As Folk, where it was the main queer hangout.”

Denmark was the first country in the world to legally recognise civil partnerships for same-sex couples in 1989, and continues to trailblaze in LGBTQ+ rights.

According to Duncan Greenfield-Turk of Global Travel Moments (globaltravelmoments.com): “Its Pride parade may be later in the summer [13-20 August], but Copenhagen is one of Europe’s best and most inviting cities for all members of the gay community.

“Unlike some cities, where there is a specific gay district, Copenhagen doesn’t really have that – which is part of its charm. There are a number of bars and clubs for the LGBTQ community, such as G*A*Y and Cosy Bar.”

Set to be the hosts of WorldPride 2023, Sydney has sun, sea, culture and nightlife – making it the perfect holiday destination.

Hickie says: “Sydney is one of Australia’s best-loved LGBT+ friendly cities, and is often the first destination LGBT+ travellers visit when exploring the South Pacific.

“The city’s largest LGBT+ scene can be found in downtown Oxford Street, but there are many LGBT+ friendly clubs, bars and community events all over the city. What’s more, the city’s beautiful harbour and adjoining opera house provide a relaxing, romantic setting if you’re travelling with your partner.”

The word ‘lesbian’ derives from the island of Lesbos, where the ancient Greek poet Sappho came from – who was known for writing love poems to women.

‘Sapphic’ is still used to describe lesbians to this day, and Lesbos is a beautiful destination for a quiet beach escape. Expect old towns, stunning coastlines and fresh food.

New York has phenomenal drag shows and amazing nightlife, and was home to the revolutionary 1969 Stonewall Riots, a pivotal moment for LGBTQ+ rights all over the world.

Howieson says: “Pride revellers can head to New York throughout the whole month of June to enjoy a host of events from ‘PrideFest’, the long-standing LGBTQIA+ street fair, to ‘The Brunch’ celebrating Juneteenth food stories with bites from six amazing black LGBTQIA+ chefs. The annual NYC Pride March takes place on 26 June this year, and promises to be an epic celebration of Pride and NYC’s local LGBTQIA+ community.”

“No European city does queer quite so loudly, proudly, and decadently as the German capital of Berlin,” says Hickie. “Schoneberg, in the south west of the city, has long been the centre of LGBT life and culture; today it’s notable for its leather scene.

“Berghain [nightclub] is the place to go for a truly authentic experience, where you can expect all the hard dance and hedonism that you can handle. For something a little tamer, SchwuZ is popular for fans of all things pop.”

Beyond nightlife, Bram Van Der Hoek, CEO of Sircle Collection Hotels (sirclecollection.com), says: “In addition to cultural institutions – such as museums, theatres and the opera – the selection of design and concept stores in Berlin is outstanding. Stores like Andreas Murkudis, The Store at Soho House or Living Berlin are true inspirations for design, fashion and zeitgeist.”