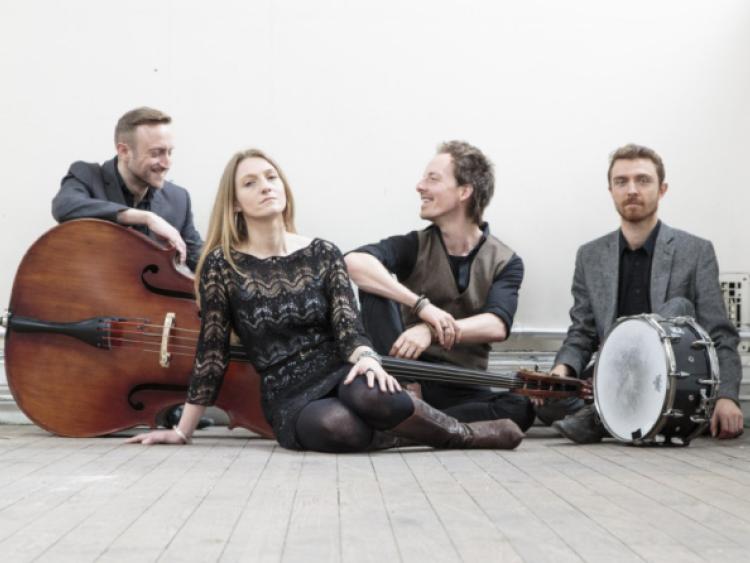 The Music Network is delighted to present a concert by the exceptionally talented Aoife Doyle Band at the Dock on Wednesday, July 1 at 8.30pm.

The Music Network is delighted to present a concert by the exceptionally talented Aoife Doyle Band at the Dock on Wednesday, July 1 at 8.30pm.

For this concert, they will perform a diverse range of songs by Bob Dylan, Hank Cochran and The Band, jazz standards by Cole Porter and Harold Arlen, as well as songs written and arranged by Aoife’s band.

Aoife’s unique, expressive voice is equally at home with jazz, folk, country, bluegrass or blues, and her singing can evoke memories of the sophisticated, velvet tones of Ella Fitzgerald, the earthy, sweet lyricism of Patsy Cline or the straight-up country clarity of Alison Krauss.

Aoife Doyle has been singing from as far back as she can remember.

Growing up in a musical family, she also learned traditional violin and tin whistle. At thirteen, her interest in jazz singing was sparked when she heard Billie Holiday, and later, when she was introduced to Ella Fitzgerald, she began to practise Ella’s scat style.

The Aoife Doyle Band, having played together in different combinations for a number of years, officially formed as a group in 2010 and have since performed around Ireland to critical acclaim.

While continuing to perform with her own band, Aoife has also recorded and performed with many prominent Irish musicians, including Tommy Halferty, Phil Ware, Louis Stewart, Brian Dunning and Cormac Breatnach. She has also performed with Irish singer Sinead O’Connor.