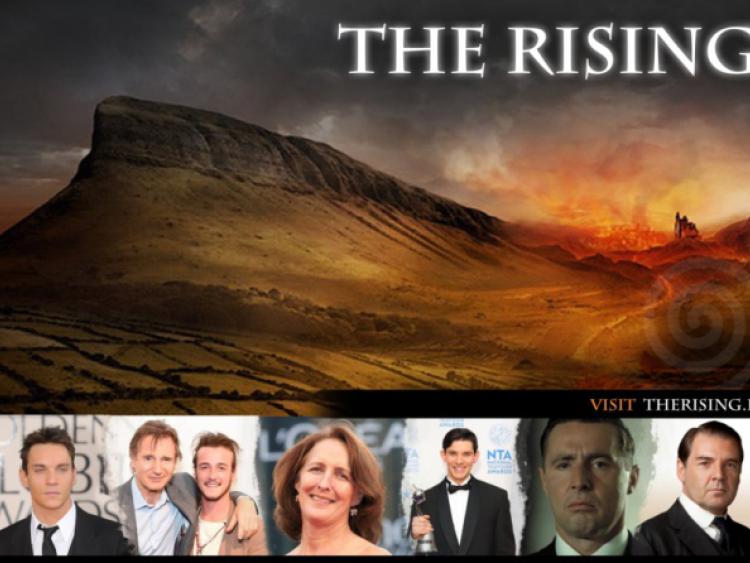 The stars are in place, the script has been given the Hollywood thumbs up and the shooting schedule has been announced.

The stars are in place, the script has been given the Hollywood thumbs up and the shooting schedule has been announced.

With the Centenary at hand the producers of the epic feature movie ‘The Rising’ are ready to present to the world the most pivotal moment in Irish history.

Liam Neeson has called the script, co written by Colin Broderick and Kevin McCann, “...astounding, a script with heart.” He was so impressed in fact that he has thrown his support behind his own son Michael’s acting debut for the role of Michael Collins, the role he himself made famous twenty years ago.

Even Shane MacGowan has committed to write an original song for the soundtrack.

After an extremely successful US tour to promote and raise awareness for the project the producers have returned home to Ireland to put the final touches to the project. The Irish Film Board, Northern Irish Screen, and numerous private investors have already shown their support and now in these final days they are now engaging the Irish public.

“We want to give everyone an opportunity to be personally involved,” Writer and Producer Kevin McCann said. “This is not just any movie we’re talking about here, this is the story of Ireland and this story belongs to the people of Ireland. 2016 is the finsih line, and this movie is the only horse left in the race.” The script has a focus on Kiltyclogher’s own Sean MacDiarmada and his important involvement in The Rising. To get involved or to find out more details visit therising.ie