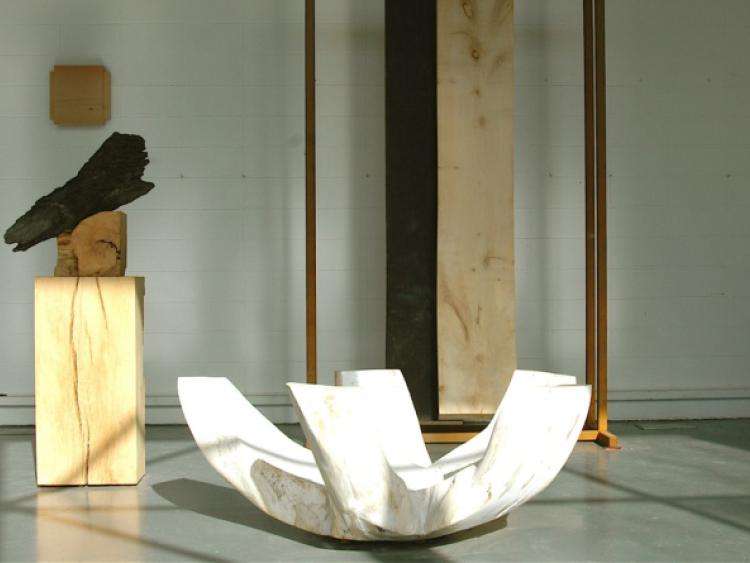 One of Irelan’d foremost sculptors will be showing new and recent work at The Dock through the Summer.

One of Irelan’d foremost sculptors will be showing new and recent work at The Dock through the Summer.

Michael Warren’s large-scale public works may be familiar to many here and abroad and The Dock is very pleased to be bringing work by this internationally acclaimed artist to Carrick-on-Shannon in this year of Carrick 400.

The sculpture of Michael Warren is informed by a profound love of material together with a keen comprehension of Western philosophy. His commitment and achievement have long been recognised here where he was elected a member of Aosdána in 1981 and a member of the Royal Hibernian Academy in 2008.

In 2012 he was awarded Honorary Membership of the Royal Institute of Architects of Ireland for his ‘work as a sculptor and with architects and architecture’. Abroad his sculpture has similarly earned him numerous accolades, most notably in Japan (1989), Spain (1991) and Ecuador (1998).

The works on show at The Dock from July 13th exemplify Warren’s wide referencing of history, art and philosophy and the setting of the restored former courthouse allows a strong expression of his concern with architecture and space. The exhibition will run until September 14th and will include a new work to be sited beside the People’s Park at Victoria Hall.

The exhibition title – All On That Day – is taken from the Nina Simone song ‘Sinnerman’, itself the title of a work in the show. With an introduction by the poet Bernard O’Donoghue and much supporting material, the curator Martin Reading believes “This gathering of Michael’s works is a unique opportunity to gain an overview and insight into this major Irish artist’s significant output”

The exhibition can be viewed from 10am to 6pm Monday to Friday and for 10am to 5pm on Saturday. The exhibition will be opened on Friday July 12th at 6pm and all are welcome to attend. Admission to the galleries of The Dock is free.

This exhibition is made possible through the continued support of Leitrim County Council and The Arts Council.