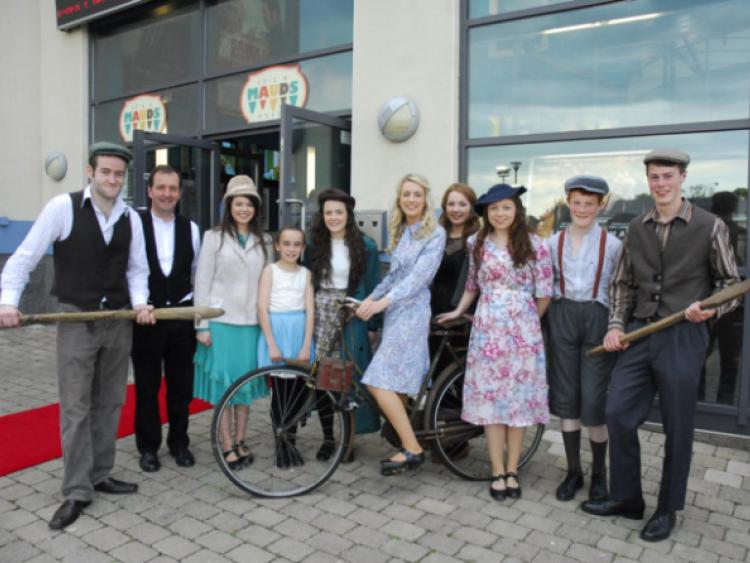 Jimmy’s Hall was released to cinemas nationwide last Friday on the back of a huge marketing campaign showcasing the county.

Jimmy’s Hall was released to cinemas nationwide last Friday on the back of a huge marketing campaign showcasing the county.

The release of the film is important not only to promote Leitrim and the many talented people involved in the film but also to reveal a part of our Irish history that was hidden, actually destroyed from written documents.

Veteran Director Ken Loach had told the paper previously that Gralton “was written out of history I think. Paul (Laverty) found when he went to do research in the National Archives, the papers were missing and had been removed.” Only for a few books and papers produced locally, Gralton’s social fight and his legend as the only Irish man ever to be deported from Ireland would have been forgotten.

At the special screening of Jimmy’s Hall last Wednesday in Carrick Cineplex before the nationwide release, Johnny Gogan thanked all those who worked on the project. The event raised money for Dromahair Barracks, a centre being used for the community. Director Ken Loach, Writer Paul Laverty and Producer Rebecca O’Brien who were attending the UK Premiere on the same night sent their best wishes and said “Jimmy’s spirit will be with you tonight.”

Playwright Donal O’Kelly who brought the story of Gralton to writer Paul Laverty spoke about the making of the film in Sligo and Leitrim and how the production last year coincided with the anniversary of Gralton’s deportation.

The movie begins with black and white scenes of New York and the Wall Street crash before Jimmy Gralton (Barry Ward) appears on a horse and cart with Mossy (Francis Magee) in the vivid and lush landscape of North Leitrim making his way home after being in America for over ten years.

Leitrim in 1932 has been scarred like every other county by the Civil War and despite a change in Government there is still turmoil with land, poverty and unemployment. We see scenes from the bog and dancing at the crossroads, before local young people put the idea in Jimmy’s head to re-open the Pearse Connolly Hall - which was built after the church hall was burned down by the Black & Tans.

He does open the hall and the community come together and learn to dance, sing, read poetry, draw and think freely. Gralton even brings a gramophone from the USA and teaches the locals how to shim sham to jazz music. This infuriates the church, as it is being run without their permission, Fr Sheridan (Jim Noton) tells them education is reserved for the church. The priest takes note of all who attended the dance in Jimmy’s Hall and goes on to ask parishioners “Is it Christ or Gralton?” that they will follow before he reads out the names from the altar.

The only violence in the movie comes after this scene as a father punishes his daughter for attending Gralton’s socialist hall.

In between the politics and history is a love story between Barry Ward and actress Simone Kirby playing the role of Oonagh.

A speech from Gralton at the scene of the reinstatement of an evicted family in Roscommon, seals his fate. In this emotive speech he could easily be talking about the present day Irish economy, the issues are still the same: young people with difficult job prospects, emigration to find work, poverty and the struggle to escape it.

After that event, the church and the authorities join together to get rid of him and even the IRA turn their heads the other way.

Considered a political dissident, the Fianna Fáil government took advantage of the fact that he carried an American passport, having emigrated there in 1909 before returning home, and therefore declared him “an alien” in order to justify the deportation. He is banished from the country by DeValera’s government and branded a communist.

The movie ends there,; Gralton is carted off leaving his community under the dictatorship of the Church and state.

The film is beautiful, the Leitrim landscape looks stunning, almost poetic. Some of the political strife and complexity of the time are brushed past to allow you to enjoy a simple and effective story and local talent shines from every scene.

If it does one thing, it highlights a part of our Irish and local history that the powers that be tried to destroy. You come away from the film wondering where was the urgency for Gralton’s deportation - was he dangerous, was he going to revolt against the Government, was he even a communist? Or was he bringing hope, light and laughter to a community drowning in despair and poverty? Gralton, it seems, was trying to show that the country had fought one oppressor, only to fall into the traps of another.

For a local audience there are plenty of well known faces in the movie to watch out for. You can even catch a glimpse of newly elected Sinn Féin Councillors Brendan Barry and Padraig Fallon.

Jimmy Gralton died in New York in 1945. He married a woman from Drumsna, the next village from his homeplace of Effernagh.