Foróige club rolling up its sleeves for anti-litter campaign 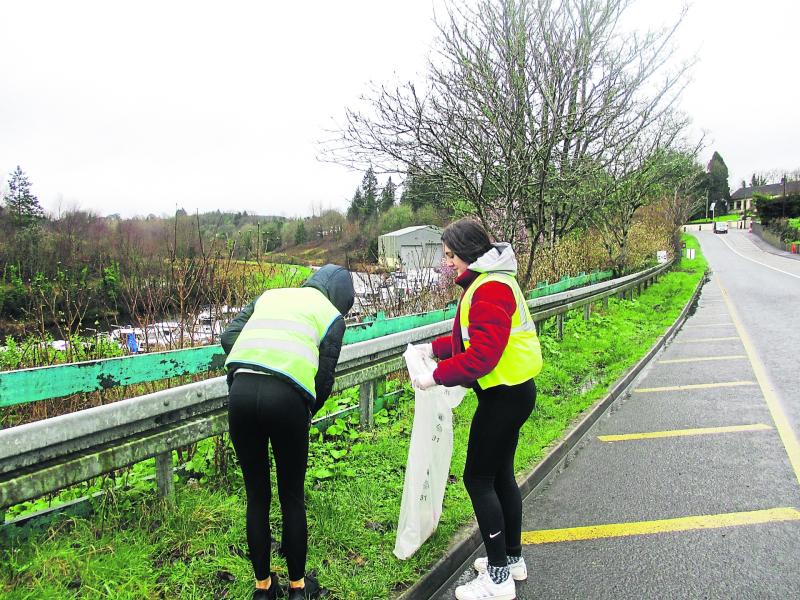 Ballinamore Foróige Club members taking part in their litter picks in and around Ballinamore town. They will be joined by the local Tidy Towns at 10am on Good Friday for the annual spring clean

A quiet movement began last January in the town of Ballinamore. An anti-litter campaign which is part of a project being run by Killian Quinn in conjunction with his fellow members of Ballinamore Foróige Club.

Killian is studying a Leadership for Life course through NUI Maynooth since 2017 and as part of his final module is combating litter in his local town of Ballinamore. 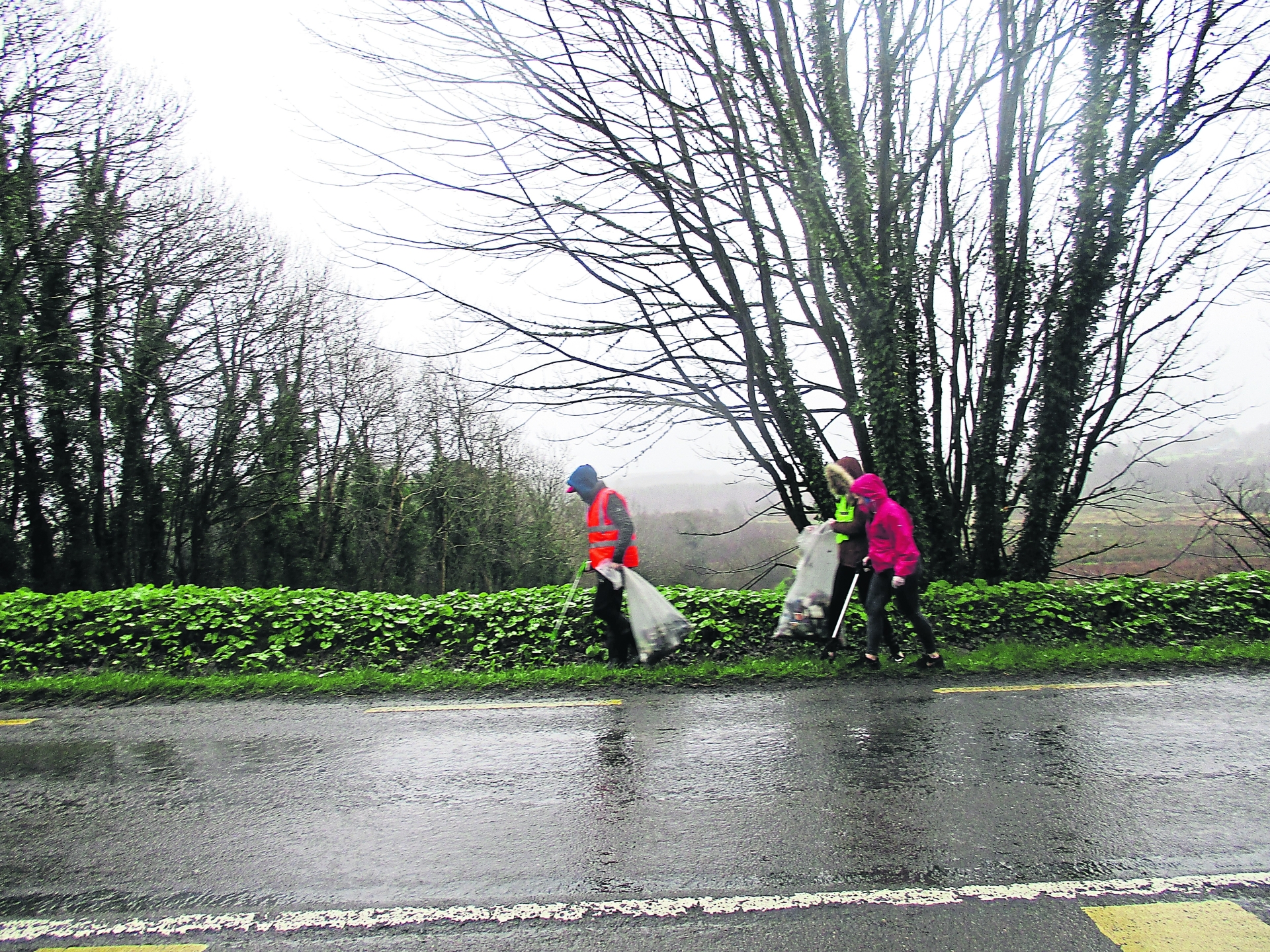 “One big issue facing our community in combating litter is the complete absence of litter bins in the town,” said Killian.

“The bins were removed and no alternative means of disposing of litter was introduced. This leaves us at the mercy of the careless few who litter our beautiful town and it is a dreadful shame.

“We have come up with some ideas in our club to address the issues and we will be making a representation to Leitrim County Council with our ideas in the future.”

For now, Killian and other members from Ballinamore Foróige Club continue to roll up their sleeves and pick up the litter strewn along the verges of Ballinamore town.

Anybody following their progress on Facebook or Instagram will know that the equivalent of two 70 litre bags of rubbish is discarded on the Carrick road, in the 3km drive from the community centre to Corrib Oil, weekly!

A huge amount of waste in just one week and it will certainly keep Killian and his community spirited Foróige Club members busy in the coming weeks.

On Good Friday, Kay Maguire and the Tidy Towns members will be joined by Ballinamore Foróige Club for the annual litter blitz in the town.

They would like to invite anybody who is off work that day, or perhaps you have an hour or two to spare, to please come and join in the effort.

“We will be meeting at the old Junior School at 10am on April 19. This will be worthwhile time spent doing something positive for the whole community,” concluded Killian.