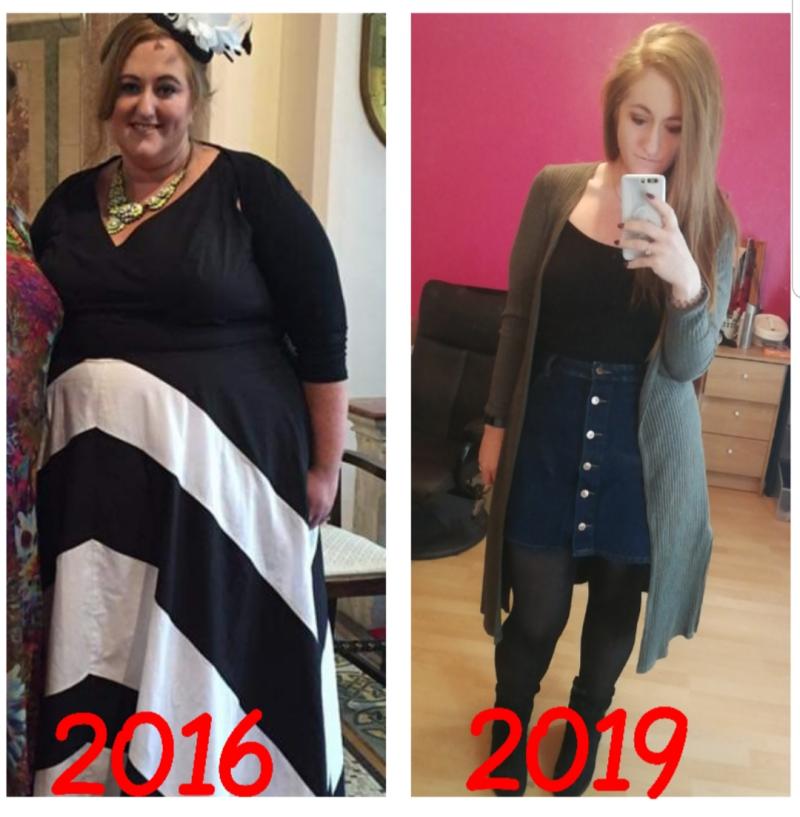 A slimmer who transformed her life by losing over 13 stone is using her success to shape a whole new career helping other people change their lives and achieve their weight loss dreams too.
Aishling joined her local Slimming World group in Cavan in February 2017 and dropped from a size 34 to a size 12.
Now, she has trained as a Consultant for Slimming World, the UK’s largest group-based weight loss organisation, at their national training academy in Derbyshire. Members of the Ballinamore group were getting ready to welcome Aishling as their new Consultant when she took over the group on April 23.
The latest government figures reveal that around one in five people die from poor diet, overtaking smoking or high blood pressure that’s an unbelievable 90,000 people a year and Aishling says her new role has never been more important.
She says: “Obesity is becoming such a huge issue across the UK. When I first joined Slimming World as a member, I never dreamed that I would end up helping other people to lose weight, I absolutely love what I do. After losing over 13st and completing my training, it’s a privilege for me to be able to pass on the experience, insight and understanding that helped me, so that I can give my members the support they need to get to target.
“Support is really the most important thing. It all starts with feeling that you’re not alone. I couldn’t have lost over 13 stone without the weekly help, encouragement and understanding of my own consultant and group. As someone who has lost weight myself I know the challenges people can face, which is why, along with the group, I will be there to support every one of my members all the way to their chosen target weight. Setting targets, sharing recipes and other ideas, and working together as a group to overcome challenges and celebrate success is so important to a successful journey. That’s why, at my Slimming World group, there’ll be tons of support, encouragement and fun.
“Like a lot of slimmers, I had tried to lose weight so many times before by following numerous diets but they were never sustainable because I’d always get tired of restricting what I ate and feeling so hungry. Since joining Slimming World I have been able to eat so much and lose weight. I’ve discovered so many delicious dishes that I can enjoy freely such as Spaghetti Bolognese and curries .”
“Slimming World isn’t just about changing what you eat. Becoming more active is important too. Our Body Magic programme takes the threat out of activity by showing people, many of whom have unpleasant memories of being forced to take part in activity at school, how they can build activity into their daily routine without having to take up traditional forms of exercise like going to the gym or running. Everything counts from walking to gardening to washing the car. I used to struggle to be active enough to play with my son but now we have so much fun everyday to get my Body Magic! As a consultant it’s my role to create that warm, supportive atmosphere to get people sharing their ideas and experiences to help others - it’s going to be great fun!”
Like Aishling, Slimming World consultants are all former members who have lost weight at their local group themselves and groups are set up as micro businesses in the heart of local communities. There are currently around 4,000 Slimming World Consultants across the UK and Ireland running 15,000 groups. Aishling who also runs a Slimming World group in Ballyconnell, Cavan say’s she simply cannot wait to support all her Ballinamore members reach their weight loss goals.
Aishling’s Slimming World group will be held at The Commercial Hotel every Tuesday at 7pm from April 23.
For more information or to join Aishling’s group either pop along on Tuesday April 23rd or call her on 00447851344835.