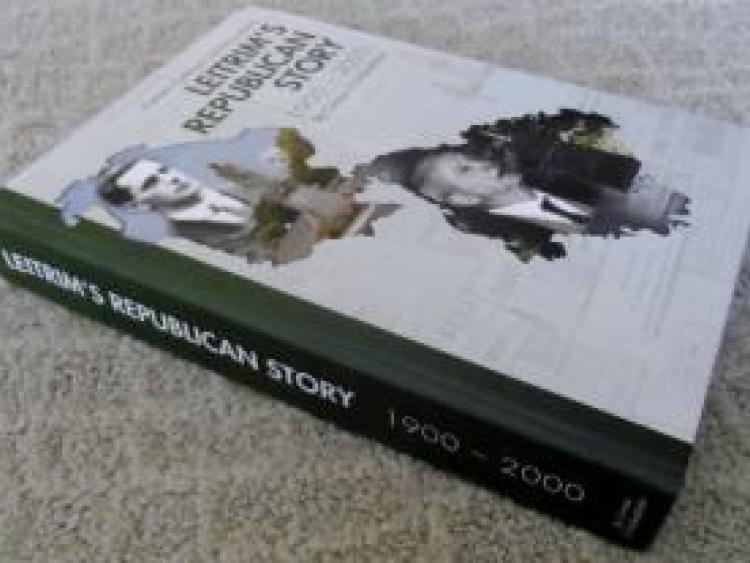 When ‘Leitrim’s Republican Story 1900- 2000’ was first published in 2014, enough books weren’t printed, leaving many people disappointed. following on from this the republishing or producing a new edition of the book had to be looked at.
The author, Cormac Ó Súilleabháin, has now completed a revised edition which will be available in the shops shorty. The most significant addition to the new edition is a listing of the names and addresses of all of the men who joined the IRA in Leitrim during the War of Independence. Writing in the first edition, the author speculated about the likely membership;
‘We can reasonably conclude that the numbers in the county …certainly exceeded 1,000 which is sizeable out of a population which hovered between 55,000 and 60,000.’
The release of further material by the Military Archives since 2014 has allowed historians to research more and be more definitive. Remarkably, it has now been established that IRA membership in Leitrim actually exceeded a staggering 3,000. When set against an estimated population of circa 57,500, it gives us a real sense of how the War of Independence was supported by the people. Not all of these volunteers were militarily active (mainly due to the absence of arms) but it seems they were certainly involved in some way. 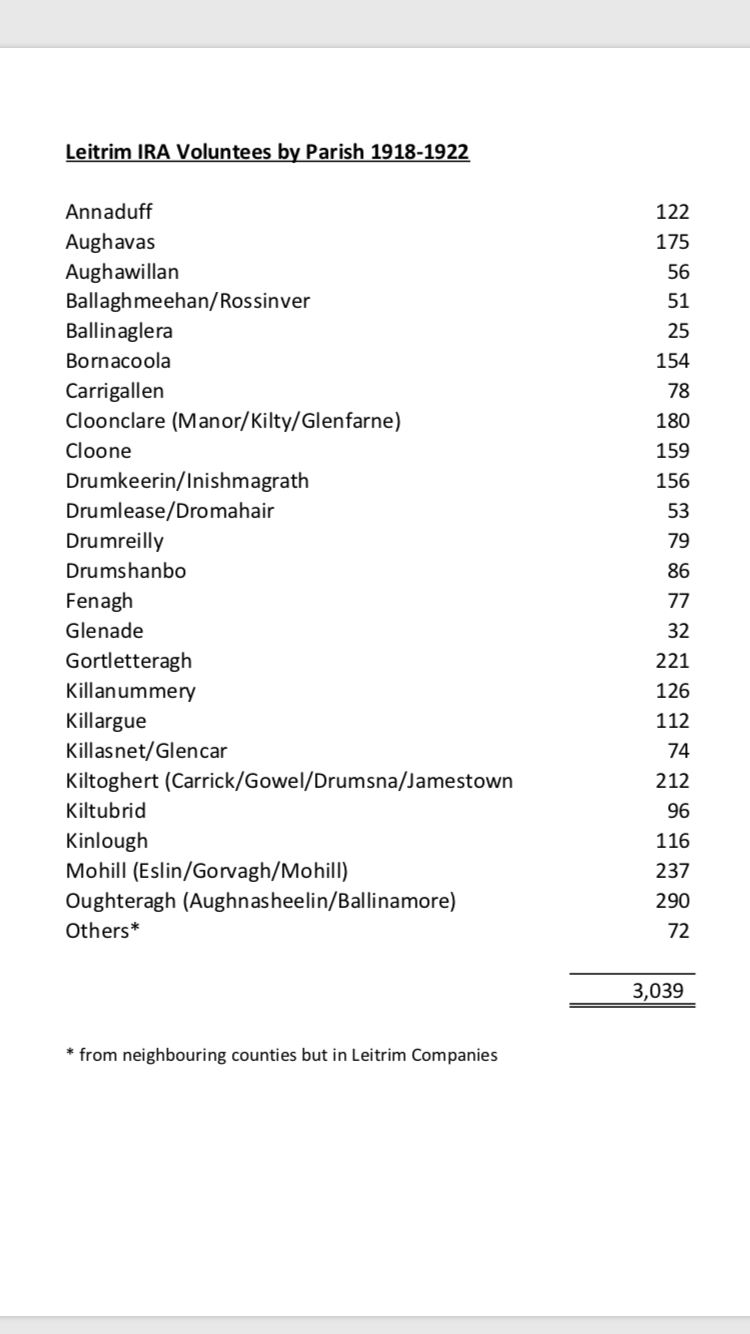 In this new edition, there are tables giving the names by parish and this makes interesting reading. On deeper analysis, there are some interesting facts:
Leitrim has 1,508 townlands and there is at last one IRA volunteer listed in 920 of those townlands (61% of townlands).
The townland of Bohey in Gortletteragh had the most volunteers with 24.
The parish with the most volunteers was Oughteragh (Aughnasheelin and Ballinamore) with 290. Mohill was next with 237 (Mohill parish had companies in Eslin, Gorvagh and Mohill).
The rural parish with the most IRA members was Gortletteragh at 221. Aughavas at 175, Cloone at 159 and Drumkeerin (Inishmagrath) at 156 were also particularly high.
In North Leitrim, there were 180 IRA members listed for Cloonclare (Manorhamilton, Kiltyclogher & Glenfarne) with 126 listed in Killianummery. The townland of Beagh in Killanummery had the highest number of volunteers with 20.
A century later, the names of those volunteers are finally being listed and acknowledged for their role in Ireland’s fight for independence.
Leitrim’s Republican Story 1900 – 2000 will be relaunched at a series of talks entitled 'Leitrim’s IRA Volunteers- An Analysis.
The talks will take place on:
Friday, September 27 in Bush Hotel, Carrick-on -Shannon at 8.00pm;
Tuesday, October 1 in Ballinamore Library at 8.30pm;
Friday, October 4 in Manorhamilton Library at 8.00pm. Beidh Fáilte roimh gach duine.