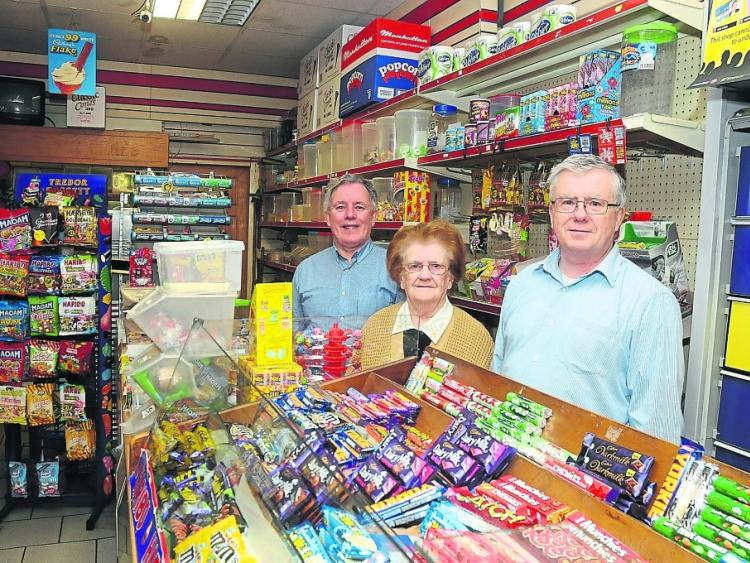 Cathal and Declan Cumiskey pictured with their mother Sheila behind the counter of their sweet shop in Ballinamore. Missing from photo is Gerard Cumiskey who continues to run the wholesale business

No trip to Ballinamore was complete without a visit to Cumiskey's and a treat, or a bag of sweets to last the week!

The traditional, colourful confectionery shop on Main Street was a place of childhood dreams that catered for every taste bud, sweet and savoury.

Big decisions were made on the floor of this old store as children (and adults) counted out their pennies and decided on the best way to get value for money - the biggest sugar hit!

Young and old made their last trip into the store on Saturday, December 7. As Santa turned on the lights in Ballinamore for Christmas 2019, another light turned off on Main Street.

Sheila Cumiskey's family has served the town for 103 years. 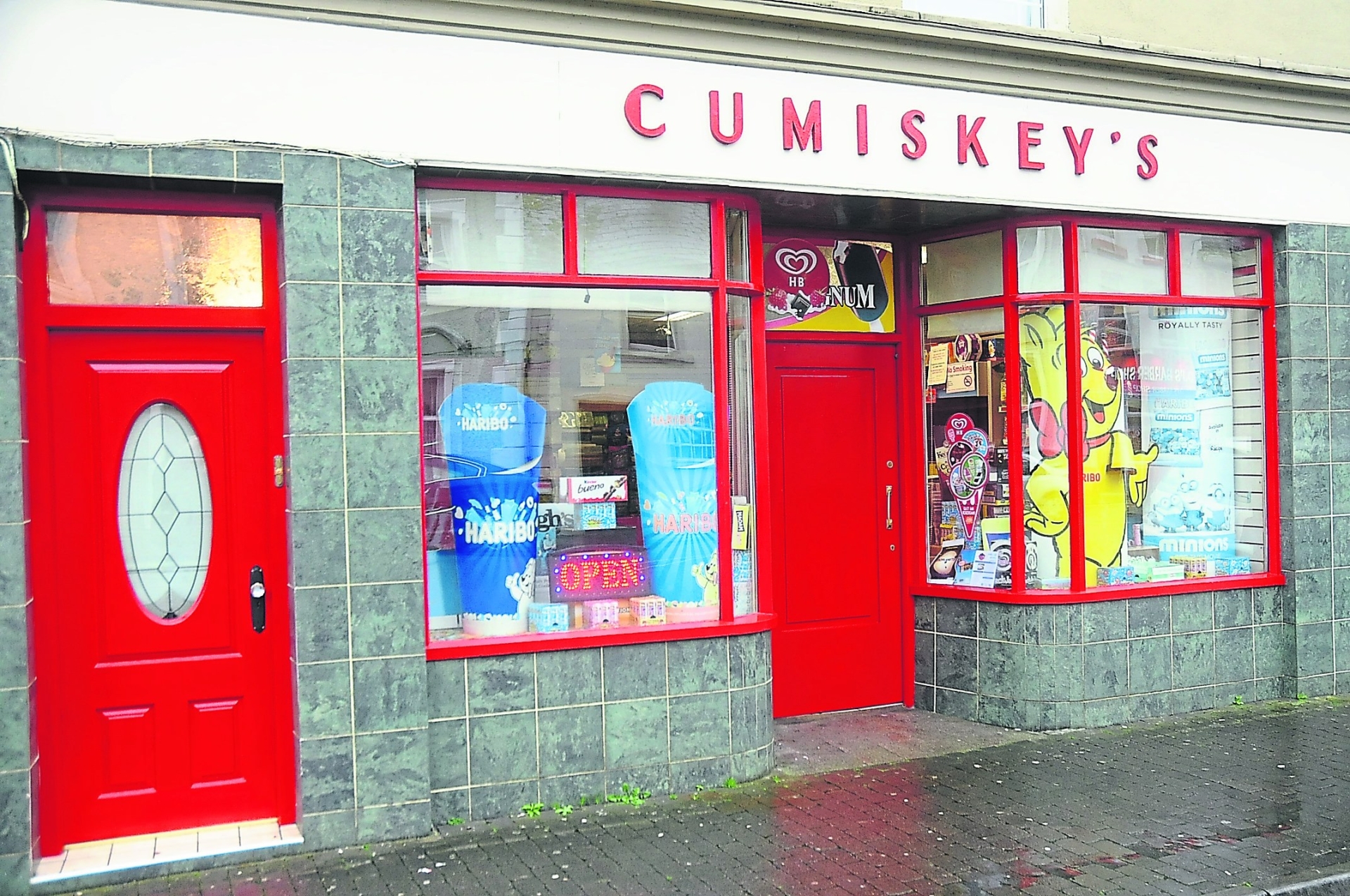 Her parents John and Frances McHugh set up a general store a few doors down in 1916. John McHugh came from out the road in Corlough, his wife from Westmeath.

Together they created a business and reared a family in the market town during hard economic times.

Their shop sold “everything” as did many shops at the time, a real one stop shop.

In the 1930s John set up the wholesale business delivering goods to shops in the surrounding counties and that part of the business still survives today and will continue to be operated by the Cumiskey brothers.

Sheila married Mohill man John Cumiskey and moved the shop to it's current location in 1955. It remained a general store until the late 60s.

Sheila's son Declan explained “With the opening up of the secondary schools in Ballinamore, John and Sheila saw an opening for a more confectionery based shop.”

The idea was successful with many children walking the town each day for school, Ballinamore also had a large passing trade and country families came to town at least once a week to do the big shop and always called into Cumiskey's for a treat.

“My parents knew more children than the teachers, they came from near and far to the shop,” he recalls.

The shop was always a place of happiness, excitement and delight as young and old placed their order for brightly coloured sweets.

The shop was renowned for its massive selection of “penny sweets” but it also sold minerals, ice cream and confectionery.

John and Sheila lived above the shop and they reared four boys Cathall, Gerard, Gabriel and Declan.

The decision to close down the most iconic shop in Leitrim is down to “timing,” Cathal and Gerard have reached retirement age and passing trade has slowed down.

“The big shops have taken over” Declan tells the paper, “every year it has got quieter and quieter in the shop.”

He says families do not come to Ballinamore now for their big shopping days out. The trend now is to shop in larger centres.

Declan admits it is sad to see Ballinamore’s Main Street so empty of commercial business and he hopes the future brings more incentive for small businesses.

He remembers Ballinamore Festival week was always their busiest, followed by Christmas and Easter - probably following 40 days of Lenten promises off the sweets!

Declan says the family have been inundated with messages since they announced the closure, “kids are disappointed, we even got a letter from one child complaining!”

He said Leitrim natives all over the world are getting in touch to recall their memory of the shop.

Sheila Cumiskey turns 89 next February and she is sad to see the shop close it's doors.

“It was such a big part of her life, from a child, but the wholesale business will remain on,” he outlines.

Declan and his mother Sheila still live above Cumiskey's shop.

The Cumiskey family wish to pay a heartfelt thank you and express their gratitude to the generations of customers who have supported them through the years. We wish the Cumiskey family all the best for the future.