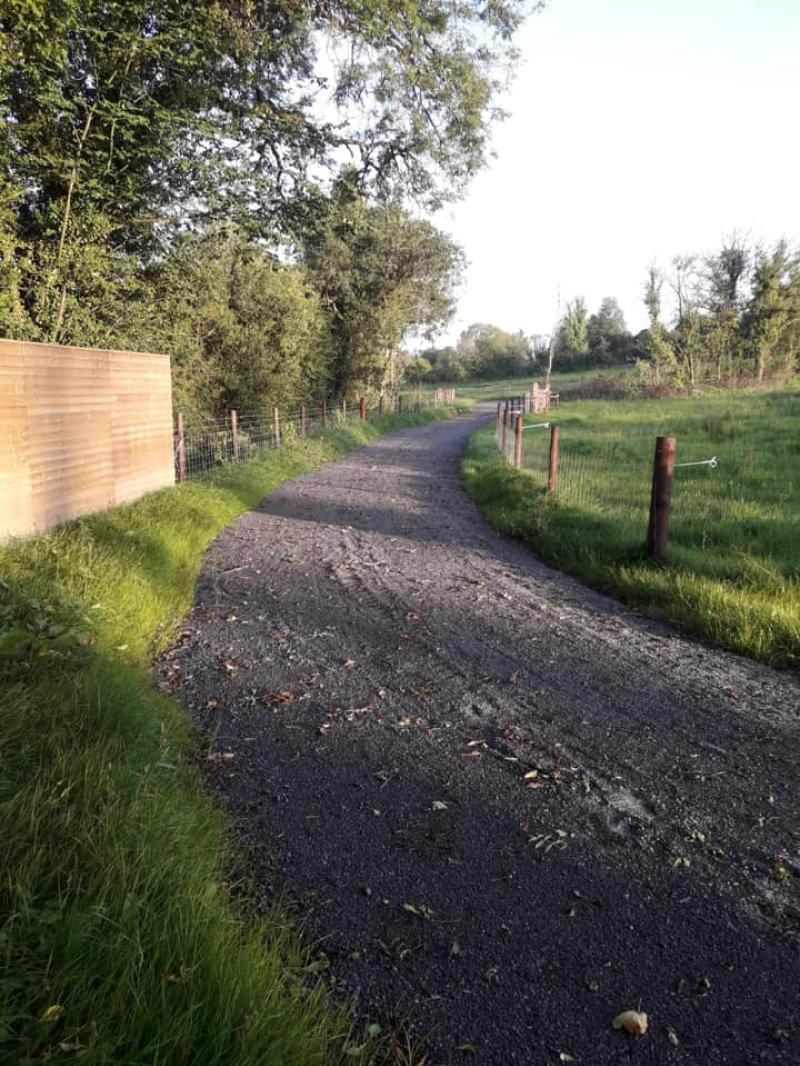 Leitrim County Council in conjunction with Ballinamore Development Company is proposing the development of a stretch of walkway / cycleway (Greenway) to be provided from Corgar Lake to Aughawillan, a distance of approximately 2.9 km in length. This will add to the Greenway currently under construction between the town of Ballinamore and Corgar Lake.

The route for the proposed Greenway will start at Corgar Lake across the L5374 Local Road from where the Greenway to Ballinamore ends and extend eastbound for approximately 2.9 km. The route will initially be within the field directly south of the existing disused railway line for a distance of 60m until it passes the Railway Cottage at Corgar. From here, the route will step onto the old disused railway line and travel along its path for the remainder of its length. The route will pass through agricultural land until it reaches the L53741 Local Road in the townland of Drumcullion, which it will pass under using an existing arch bridge. The Greenway will continue along the disused railway line where it will terminate at the bridge between the townlands of Lisgruddy and Corramahan. There is one section of forestry along the proposed route in the townland of Corduff, with the rest of the route consisting of farmland.

This section of the route forms part of the wider regional Greenway project from Dromod to Belturbet. Roughan O’Donovan Consulting Engineers were previously appointed to undertake the full environmental assessment of the proposed route and to prepare a design of the project to be brought through the appropriate planning consent process.

Plans and Full Particulars of the proposed developments are available for inspection, or purchase at a fee not exceeding the reasonable cost of making a copy, from Wednesday 28th July 2021 to Wednesday 25th August 2021 inclusive, during public opening hours (by appointment), at the offices of the Planning Authority, Leitrim County Council, Aras an Chontae, Carrick-on-Shannon, Co. Leitrim. The plans and particulars are also available to view on the Leitrim County Council website http://www.leitrimcoco.ie/eng/Services_A-Z/Planning-and-Development/Council-Proposals/Part-8-Proposals/

Submissions or Observations with respect to the proposed developments, dealing with the proper planning and sustainable development of the area in which the developments will be situated, may be made in writing to: The Senior Executive Planner, Leitrim County Council, Planning Department, Aras án Chontae, Carrick on Shannon, County Leitrim or emailed to planning@leitrimcoco.ie and must reach the Senior Executive Planner before 4pm on Wednesday, September 8, 2021. All submissions or observations should be clearly marked ‘Corgar to Aughawillan Greenway Part 8’.

In accordance with the requirements of the European Union (Planning and Development)(Environmental Impact Assessment) Regulations 2018 (S.I. No.296 of 2018), Leitrim County Council has concluded that the proposed development does not require an Environmental Impact Assessment and will not be likely to have a significant effect on the environment. Any person may, within 4 weeks from the date of this Notice apply to An Bord Pleanala for a screening determination as to whether the development would be likely to have significant effects on the environment.