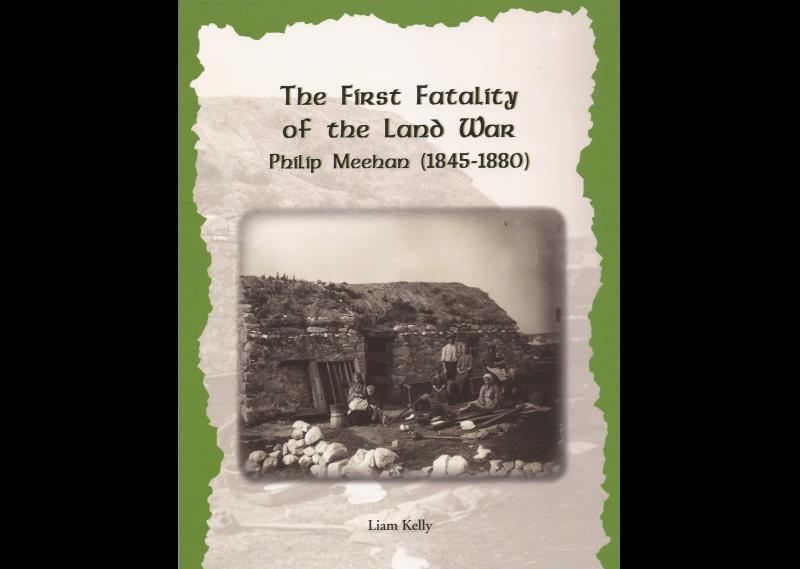 A new book called ‘The First Fatality of the Land War, Philip Meehan 1845-1880’, written by the historian Msgr Liam Kelly, will be launched in the magnificent newly restored Island Theatre in Ballinamore on Tuesday, October 26 at 8pm.

The book, which was published by Cumann Seanchais Bhreifne, will be launched by Seán Ó Suilleabháin, the former County Librarian and author of a number of books on local history and folklore.
This book tells the story of the shooting of Philip Meehan, a tenant farmer from the townland of Corraleehanbeg on the Cavan/Leitrim border, who was shot by Henry B. Acheson, a young landlord from Croghan in County Roscommon, on 14 June 1880.

Acheson, who was accompanied by a number of his workmen and a sizeable armed police escort, had gone to the townland of Drumcroman in County Leitrim to fence in a farm from which a family had been evicted, when a crowd of over 1,000 people gathered to prevent him doing so.
Seeing the danger he was in, Acheson, who was armed with a pistol, fled along the road towards Ballinamore pursued by the angry crowd before turning around and firing three shots one of which hit Philip Meehan, who died from his wound about eight hours later.

This shooting took place against the backdrop of the Land War and it was Michael Davitt, the leader of the Land League, who described Philip Meehan as the first fatality of the Land War.
The death of Philip Meehan led to tensions and anger in his native West Cavan, in County Leitrim where he was shot and in County Roscommon where Henry B. Acheson lived. 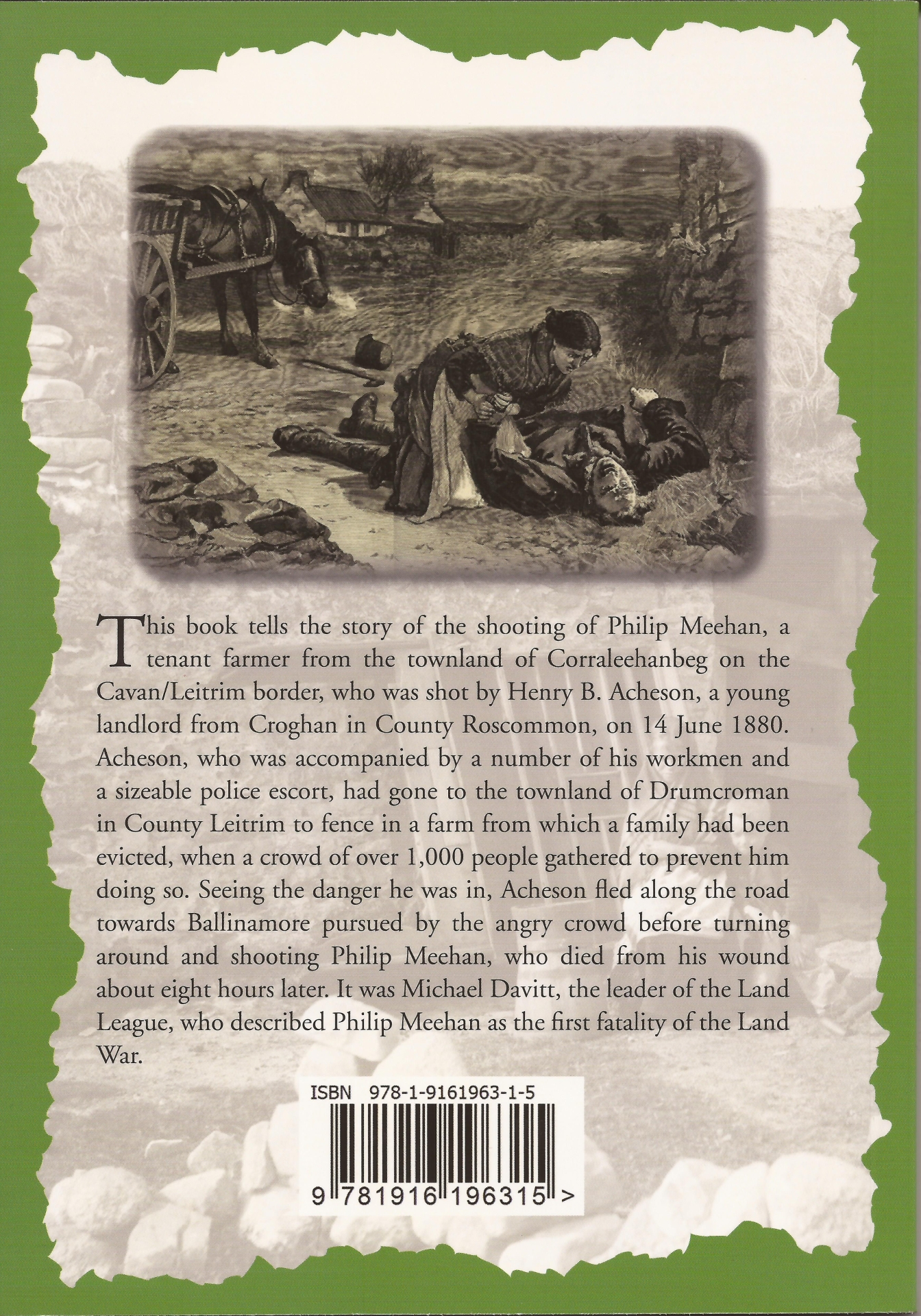 Five days after his death these tensions erupted into a major riot involving members of the Leitrim Militia and the Royal Irish Constabulary in Carrick-on-Shannon.
The riot erupted as Henry Acheson was being escorted from a court hearing in Ballinamore back to jail in Carrick-on-Shannon.
Henry B. Acheson never faced charges of either murder or manslaughter over the death of Philip Meehan although three tenant-farmers, including John Meehan, a brother of Philip’s, were jailed for unlawful assembly on the day of the shooting.
Philip Meehan’s wife, Bridget, (formerly Bridget McAveety from the parish of Corlough), was still in her twenties when her husband was killed and she was left with the task of raising their three children, John, Susan and Annie, who were all under the age of five when their father was shot.

Five years after the shooting Bridget Meehan emigrated, along with her three children to Philadelphia, where the family thrived and where many direct descendants of Philip Meehan still live.
A great grand-daughter of Philip Meehan’s, Maryanne Ramon, plans to come to Ireland for the launch of the book about her great grandfather.
The story of the death of Philip Meehan in the first months of the Land War had largely been forgotten about, but now this fascinating new book by Msgr Liam Kelly brings the events of that turbulent time into the limelight once more.