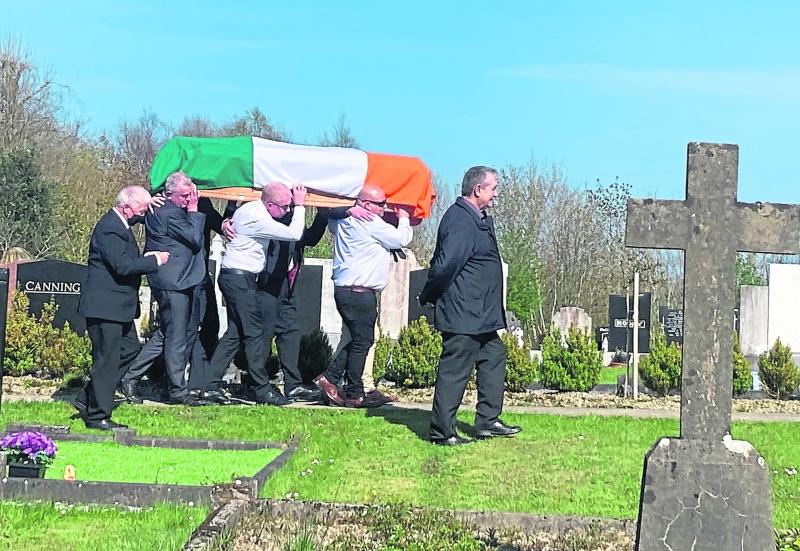 Anna Gallogly's coffin, draped in the tricolour, being carried to her final resting place in Oughteragh Cemetery, Ballinamore on Thursday, April 21

Republicans in Leitrim and across many parts of Ireland were saddened at the recent death of Anna Gallogly. There was a large turnout from across Leitrim, Fermanagh and further afield for Anna’s funeral in Ballinamore on Thursday, April 21, last.
Anna McGovern was born in September 1949 and grew up in Lambfield, Aughawillan. She married Vincent Gallogly from Drumrane, Ballinamore in June 1972 and it was there that they made their home.

Through the difficult years of the seventies, the eighties and into the nineties their home offered rest and nourishment to many welcome visitors from the four corners of Ireland.
Anna, in the year prior to her marriage, took on the role of secretary to John Joe McGirl’s auctioneering and undertaking business. Anna, whether she knew it or not, was taking on much more than her job description might have stated. She very soon became his right-hand woman and trusted confidant. 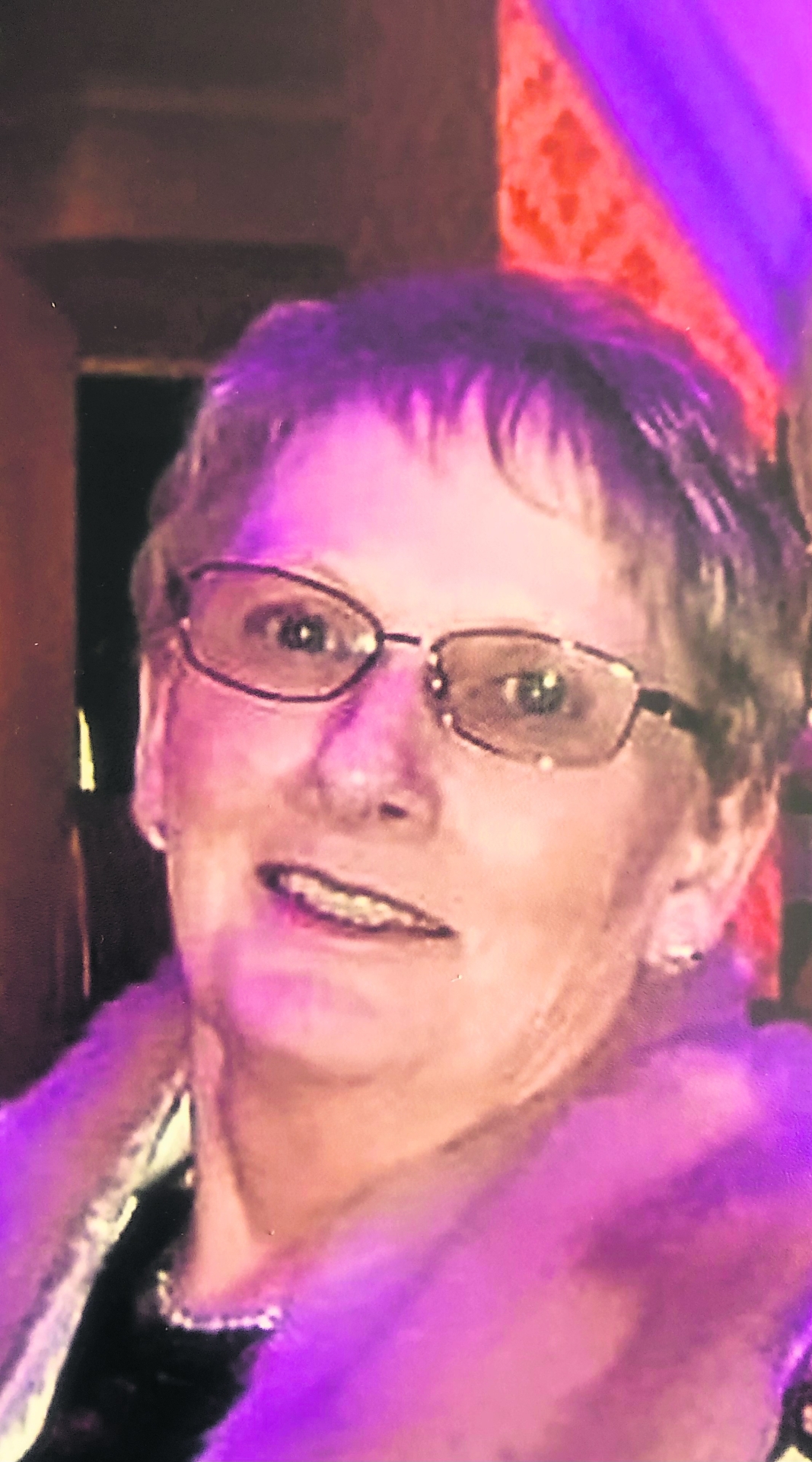 Anna, through so many years, was a key organiser of republican activity and mobilisations in Co Leitrim.
Easter commemorations, protests, local and national, the annual trips to the grave of Wolfe Tone at Bodenstown and so many other activities were organised successfully by Anna, with the help of friends. She never shirked from any task designed to strengthen the Republican Movement, to aid the struggle for national freedom and sovereignty.
In 1977, Anna and Josie Gilheany were arrested for distributing Easter Lilies and sentenced to seven days in prison, which they served in Mountjoy. Anna was also a member of the Leitrim Ladies Anti-H Blocks Committee and she sold An Phoblacht, as did her husband Vincent.

The graveside oration was delivered by Anna’s friend, comrade and former Sinn Féin TD for Cavan/ Monaghan, Caoimhghín Ó Caoláin TD.
In his oration at the graveside, Caoimhghín said, “A chairde dhíl, it was with great sadness that I received the news of Anna Gallogly’s passing, go ndéana Dia trócaire uirthi. Anna was a special friend to so many, not least those of us who were occasional visitors to this town and county, albeit more regularly in times past, but less so in more recent years.
“Anna was that steady, reassuring face and voice. Whether it was John Joe, or whomever you had hoped to see, if you met Anna, you could return to wherever you had come from confident that your message would be safely delivered. Anna personified reliability. A Mhuire na nGael, guí ar a son.”

Sympathy is extended to Anna’s sisters, Kathleen and Eileen, and to her brothers John, Hughie and Patsy, to her sisters-in-law, brothers-in-law, nieces and nephews and to all the bereaved members of the McGovern and Gallogly families and to the McGirl family, as she was for many years an integral part of their lives.
Anna was predeceased by her husband Vincent in June 2017.