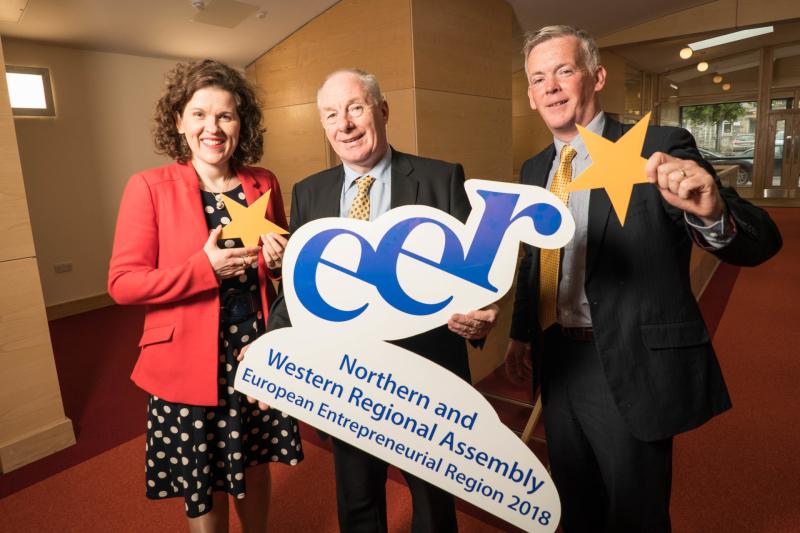 The award, announced in Brussels by the EU’s Committee of the Regions, goes to the rural Irish region because it has collectively developed policies that are transforming the area 'from adversity to advantage', and in the process making it one of the most resilient and ambitious places in Europe.

The EER 2018 designation will be marked with a series of keynote events and initiatives all through next year to support and build on existing and new job creation projects and innovation across Ireland's Northern and Western region.

The award comes at a crucial time for the region as looks for ways to insulate itself from the unpredictable impacts of Brexit and offer an alternative economic focal point to Dublin and the east coast. The Northern and Western region comprises eight counties including Leitrim; the others are Sligo, Mayo, Donegal, Roscommon, Galway, Cavan and Monaghan.

In Leitrim, the work of the LEO is key to fostering economic development and the support of early stage companies that can go on to create jobs. Head of Enterprise Joe Lowe said, "Leitrim has a long history of both indigenous and multi-national investment. Companies starting up small but growing to being employers of a national scale.

“The Hive in Leitrim reflects the ambition of our people and the responsiveness of the agencies. Leitrim has always supported small and indigenous business. In fact, The Hive was one of the first such incubation spaces in the country. The European Entrepreneurial Award recognizes these initiatives but most importantly recognizes the risks taken by small business and our entrepreneurs.”