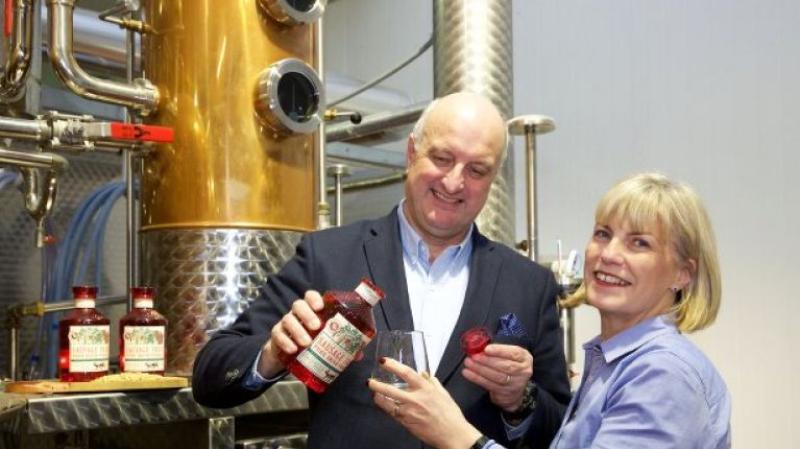 Building on the phenomenal success of the Gunpowder Irish Gin brand, The Shed Distillery of PJ Rigney in Drumshanbo has launched a new premium vodka brand, Sausage Tree Pure Irish Vodka. The company has also confirmed that, as well as progressing with plans to open its new visitor centre in Drumshanbo next year, a further 22 jobs will be created in Co Leitrim.

The product was launched at the International Trade Fair for Wine and Spirits in Prowein in Düsseldorf, Germany over the weekend.

The development of Sausage Tree Pure Irish Vodka has been a labour of love for PJ Rigney. This time his quest to create nature's purest tasting vodka led him to  Africa to the Kigelia africana or “Sausage Tree”.

Known for its curative and purifying powers, just like the wild Irish nettle in the Drumshanbo woodlands, PJ brought the two together back in The Shed Distillery in Drumshanbo and slow-distilled them by hand with Irish grain.

And so, Sausage Tree Pure Irish Vodka was born.

Every bottle of Sausage Tree Pure Irish Vodka will be slow distilled by hand, carefully hand-bottled, sealed and labelled at The Shed Distillery of PJ Rigney in Co Leitrim.

The bottle invites consumers on an unforgettable journey of discovery – the unique deep red glass bears curious markings and the impactful label proclaims that ‘Nature has no place for the weak’.

Like with Drumshanbo Gunpowder Irish Gin, the super-premium vodka will be distributed in Ireland by Dalcassian Wines & Spirits (which PJ co-owns with Managing Director John Dillon).

From just 2 employees when the Shed first opened in December 2014 – there are now 18 full-time employees (many were previously long-term unemployed, some for as long as 8 years).  The new jobs will bring the total number of employees to at least 40 in 2019.