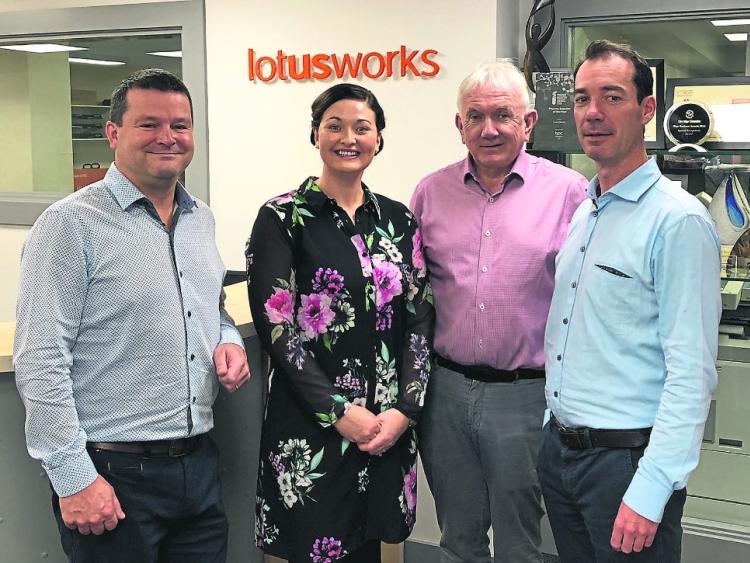 LotusWorks, one of Ireland’s largest and longest-established technical and engineering companies, has been sold in a management buy-out that will see the firm taken over by four of its senior executives.

The Sligo company confirmed that the management buy out (MBO) team had successfully acquired a majority stake in the company with the backing of finance from AIB Corporate Banking.

The MBO team was advised throughout the acquisition process by KPMG.

The MBO team which has acquired LotusWorks are: James Casey, Operations Director; Gerard Sproule, Financial Director; Mark Butler, Human Resources Director and Emer Conroy, Marketing Director. The value of the sale is not being disclosed.

Founded by Fergal Broder in 1989 in Sligo, LotusWorks, has experienced substantial growth over the last four years and has annual turnover of €50m.

The company employs 520 full-time staff in Europe and the US. Mr Broder will continue as Chief Executive Officer and as a shareholder, working closely with the MBO team.

Tom Cafferkey, Chief Operations Officer and shareholder, who has been with the company 23 years will step back from the business at the end of the year to spend more time with family and focus on other projects.