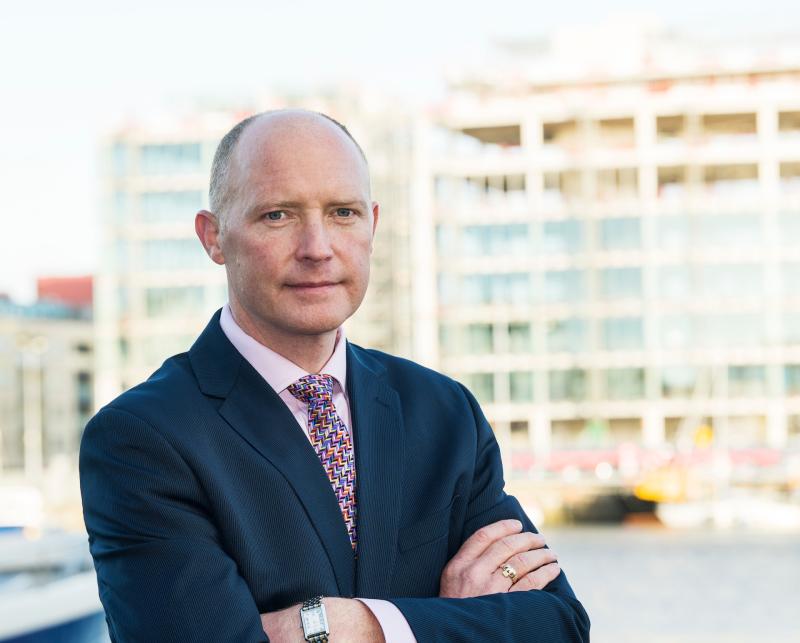 CEO of the Western Development Commission Tomás Ó Síocháin said the future is bright for the region as he praised the collaboration across Western counties between key stakeholders in 2021 despite the year's challenges.
The comments come as the agency announce one of their most successful years to date.
"The challenge now is for the region is to build back better but do so together. The core strengths of the region allied with the shift to remote work and the emerging long-term opportunities in renewable energy such as offshore wind, means that the future is bright – allowing this generation and the next the opportunity to build a career in the west,” noted Tomás.
Reflecting on the work of the WDC over 2021, Tomás outlined some of the projects and investments carried out to support regional growth, attract people to live and work and plan for the future of the Atlantic Coast.
Over the past 12 months the WDC Investment Fund has approved more than €9m in investment and lending into the western region.
In April, the WDC launched a new online jobs portal aimed at attracting professionals and their families to make new lives in the West of Ireland. WesternJobs.ie is now helping job seekers to find open roles across the region and assisting employers in gauging the availability and depth of skills that they require. The portal is free to use and already has over 500 companies registered across the region.
As part of the Government's Our Rural Future strategy, the WDC launched Connectedhubs.ie in May with an aim of bringing together over 400 hubs and co-working spaces across the country.
Originating from a pilot project along the Atlantic Economic Corridor there are now more than 170 hubs on the platform and this is expected to grow in the early stages of 2022. The platform not only connects users with hubs across the country and in their locality but is focused on building a community of hub managers to share best practice, receive training and ensure this National Hub Network plays a key role in driving vibrant regional economies across towns and villages.
Under the ConnectedHubs initiative The Department of Rural and community Development in conjunction with the WDC announced over €14million in funding to enhance and add capacity to remote working infrastructure in every region across Ireland. This allowed many hubs to plan effectively for their re-opening post lockdown and later in the year add capacity, new equipment and in many cases make structural changes to ensure they could cater for a growing demand.
Tying in with the Western Development Commissions “More To Life” campaign, a new TV series for TG4 was created and presented by renowned broadcaster Mary Kennedy. The show highlighted the possibilities for those considering a move to the West of Ireland including those working from their new home, from a Connected Hub across the West or taking up a new role with a multinational.
The show was watched by over 500,000 viewers and talks are already on-going for a second season.
The WDC partnered with researchers from the Whitaker Institute at NUI Galway to publish summary data from the second annual national remote working survey in Ireland.
The survey gathered responses from over 6,400 employees, examining their experience of remote working one year after lockdown. The findings of the survey, published in May showed that a remarkable 95% of those surveyed were in favour of working remotely.
In December, the agency launched a new campaign focused on those who grew up in the West but now live overseas. The campaign called ‘There’s No Place Like Home’ saw hundreds of diaspora from the west who now live overseas join an online event to find out about job opportunities across the region and how they might take the first steps to come home.
Scaling ideas remains a focus within the region, and just this week Interreg bridge funding was allocated to further develop existing projects in areas such as literary tourism, online mentoring, and the use of renewables.
Tomás concluded by again highlighting the role collaboration will play between key stakeholders when planning for the region into 2022 and beyond.