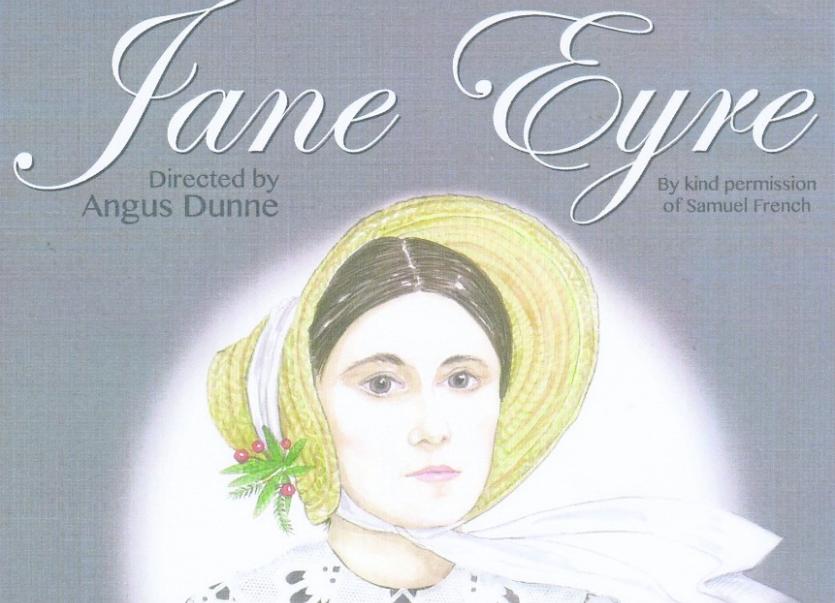 In this house there is always fear, says Edward Rochester of his home, Thornfield Hall, and this proves to be the case.

There is plenty of drama to keep audiences entertained in the Breffni Players’ forthcoming production of Jane Eyre at The Dock in Carrick -on-Shannon which contines nightly at The Dock, until this Saturday, March 10. There are fires, storms, manic laughs coming from the attic, attempted murder and much more!

Louise Maloney as Jane, the governess, beautifully captures the innocence and quiet strength inherent in that character. Jane is upright and moral and never wavers from the correct path, Laws and principles are not for times when there is no temptation, she cautions Rochester.

Rochester begins to admire her because she is outspoken and honest, unlike his posh suitor, Blanche Ingram, played by Edwina McNulty, who injects just the right amount of iciness into her performance.

Noel O’Callaghan is totally convincing as the troubled Rochester, a man with the weight of the world on his shoulders, a troubled soul battling between what he strongly desires and how he knows he should behave.

Roisin Doyle plays Mrs Fairfax, the housekeeper. She portrays her as a staunch, loyal and kind servant, devoted to Rochester but not awed by him. Dessie Doyle is excellent as the reluctant villain, Mason.

Dympna O’Rourke and Nuala Brannagan really shine in their strong roles of the mad woman and her keeper. Emer Keavney and Michael O’Rourke provide some light relief through their antics as Leah and John. James Faughnan is convincing in his part of Wood, the harmless cleric. Mia Brannagan captures the youthfulness and fun of the young Adel.

Jane Eyre has many of the themes that we love from novels by the Bronte sisters: finding a kindred spirit, souls uniting in love, the quiet certainty that God and the universe are on our side if we follow a moral path, and a touching faith in the redemptive power of love.

This production doesn’t slavishly follow any of the film versions of the novel. It has a quiet conviction of its own. Angus Dunne’s direction has a lightness of touch and a sensitivity that lets the story speak for itself. This allows its quiet beauty to shine through.

Jane Eyre is still relevant to modern audiences. At its heart is a battle between morality and desire.

You may also like to read: Plans unveiled to reopen Co. Leitrim hotel