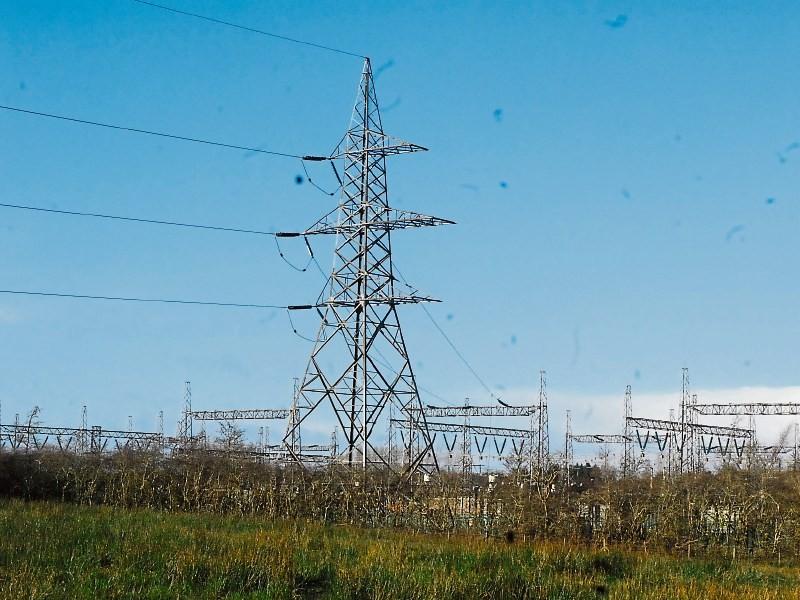 Residents from Flagford, Cortober and Carrick-on-Shannon joined forces with local representatives in the Patrician Hall last week as an update was provided on the planning application for a battery energy storage facility.

Locals have been voicing their concerns in recent weeks about the proposed development on the basis that the energy storage facility, which would be contained in up to 31, 40ft containers, poses a significant fire and flood risk.

It is feared by local residents that if permission is granted for this development it will be impossible for residents in the area to get home insurance.

Roscommon County Council has requested further information from the applicants, Kinbrace Ltd, in relation to a number of areas such as the intended capacity (MW) of the proposed facility and further clarity with regard preventative measures to prevent the risk of flooding.

In total, Roscommon County Council has sought clarification in relation to eight separate issues including noise impact; ecological impact; traffic and lighting, although there was some surprise expressed at last week's public meeting that there was no mention of the significant risk of fire from such a development.

The purpose of a Battery Energy Storage Facility (BESF) is that it can generate renewable energy into the national grid and is seen as a very effective way of helping Ireland meet its 2020 commitments with regard renewable energy.

While the benefits of the BESF were outlined at the meeting, all present were in agreement that the scale of the project made the development a significant risk to the local population for a number of factors.

Voicing his objection to the proposed development one local resident said, “This is new technology, it is not tried and tested. We don't need that power here in Flagford. There are no jobs coming to Flagford, Carrick-on-Shannon, Leitrim or Roscommon.”

Another speaker at the meeting said, “Vulture capitalists are investing to make money. They will make electricity at night and sell it off at a higher rate during peak times. They will be well grant-aided as the Government want to meet their 2020 requirements.”

The risk of fire and explosion was also highlighted by another speaker who said, “Assuming that 70% of the space within the containers is used for energy storage, each container will contain 47.32m3 of lithium ion battery with an energy equivalent to 29,744 tonnes of TNT.”

The meeting heard that Kinbrace now has six months to provide the additional information requested by Roscommon County Council although they can request a further three months.

When the sought information is provided Roscommon County Council will then have one month to respond but they will can ask for further clarification.

However, any subsequent information sought by Roscommon County Council must be in relation to the eight questions already posed.

The fact that there was no mention of a risk of fire from the battery energy storage facilities in Roscommon County Council's letter drew surprise from many at the meeting with one member of the public referring to recent incidents of laptops and mobile phone batteries going on fire. The batteries in mobile phones and laptops are lithium ion, the same type as will be used in the proposed battery storage facility.

“When lithium ion batteries go on fire they keep generating heat and can reignite any time up to a week later.

The example of a fire at a similar energy storage facility in Belgium only a month after it was opened was referenced at the meeting with those in attendance learning that the site on the outskirts of Brussels is significantly smaller than what is proposed for Flagford.

When the facility in Brussels caught fire last November residents in Brussels were told to stay indoors for 24 hours with their doors and windows closed as a result of the toxic emissions.

As well as informing the public about the proposed development the other function of the meeting was to hear from the elected representatives and how they can help the community in their bid to ensure the development does not get the green light.

Minister for Communications, Climate Action and Environment, Denis Naughten was not in attendance at the meeting but local campaigners said they met with the Roscommon TD in recent weeks and he was said to be “Sympathetic about what we brought to him.”

However, it was also stated that Minister Naughten referred to Ireland's energy and emission targets for 2020 and the local representatives in attendance were asked to lobby the minister on behalf of the community.

“We ask that the politicians here correspond with him. Represent us and put the case to him.”

All politicians in attendance were in full agreement that the proposed development should not proceed with Deputy Martin Kenny saying that he spoke to planners at Roscommon County Council.

“I spoke to planners and Roscommon County Council said they don't have the expertise and will have to hire experts. The problem is they are part of the same mindset rather than representing people with concerns in the local community.”

Outlining his opposition to the development Deputy Kenny added, “Most research into renewable energy is going into sources that are constant. Wind is the most unstable form of energy.

“The reason for so many turbines is because grants are available to them and this is something similar. It is about subsidies and pretending they are doing something about it. This is a proposal for a huge industrial site being placed in a rural site which is not appropriate.

“There are umpteen other ways of storing energy that are clean and much safer than this.”

Cllr Des Guckian also voiced his opposition to the proposed development stating, “I think they are chancing their arm and hoping to get a soft Council who will let them in. People genuinely wouldn't have a clue what this involves and thanks for letting us know.

“Flagford has enough pylons. It is unfair on any community to put up with this much. These guys are vultures. They want to get the most out of it and don't give a hoot about the community.”

Leslie O'Hora of The Green Party suggested utilising the skills of groups such as Good Energy Alliance and Love Leitrim who were heavily involved in the campaign that ultimately led to a ban on fracking.

Deputy Martin Kenny then stressed, “We have to get the message out that this is very dirty and very dangerous. People don't understand that yet.”

Addressing how the community hope to combat what they perceive as a very real risk to area, campaigners are now hoping to gather as many signatures as possible and have established a Facebook page - STOP Carrick Monster Battery Storage Facility.