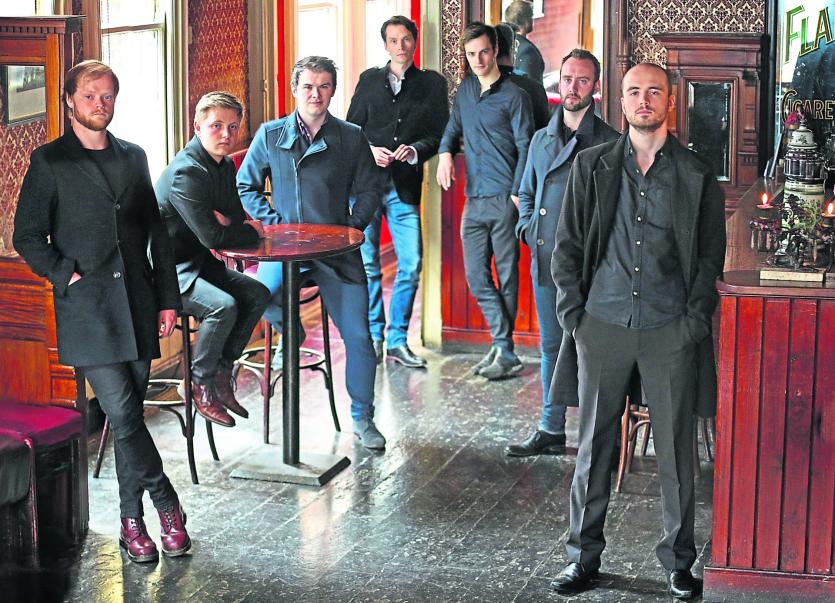 M'Anam is all male vocal group who will be performing in St George's Church on Wednesday, July 11.

Carrick Water Music Festival has announced further additions to their festival line up, taking place from July 11-15 in Carrick-on-Shannon.

Camille O'Sullivan
Irish-French chanteuse Camille O’Sullivan will be performing an intimate concert in St. George's Church, on Sunday, July 15. Whether dramatically interpreting the songs of Jacques Brel and Nick Cave or collaborating with Yoko Ono or Patti Smith; Camille O’Sullivan makes every song her own, stunning audiences around the world with her extraordinary voice and mesmerising, theatrical presence.

Italian Opera Gala - book your tickets now!
Opera fans are in for a treat on Saturday, July 14 at ‘Una Seranata Italiana - A Gala Evening of Italian Opera’ taking place in The Bush Hotel. Arrive early for a pre-show drinks reception from The Shed Distillery, followed by superb performances from some of Ireland’s premier Opera singers - Sandra Oman (Soprano), Richard Shaffey (Tenor), Robert McAllister (Bass-baritone) and Simon Morgan (Baritone).
M’Anam - a new vocal group from Anúna
M'anam (Irish for “My Soul”) are an all-male vocal group that has grown naturally out of the extraordinary phenomenon that is Anúna and are performing in St. George’s Church on Wednesday, July 11.
This new exciting group made their début this month at Limerick Sing's Choral Festival at the UL Concert Hall.
Other line up highlights include the Hothouse Flowers (July 13), Lisa O'Neill & Joshua Burnside (July 12), Words & Music by Patrick McCabe (July 14), a free music trail around the town (July 12 & 13), Jazz cruises, film, family fun and lots more.

Loyalty Discount
The festival organisers are offering patrons a generous loyalty discount.
Get 10% off when you book tickets for any two events, 15% off for 3 events and 20% off for 4 plus events.
Tickets must be booked in advance at the box office or online in one transaction - terms and conditions apply.

Box Office
Tickets for all events can be booked via Festival box office partners The Dock during opening hours by phoning 071 96 50828 or online via www.thedock.ie. For full festival line up see carrickwatermusicfestival.com