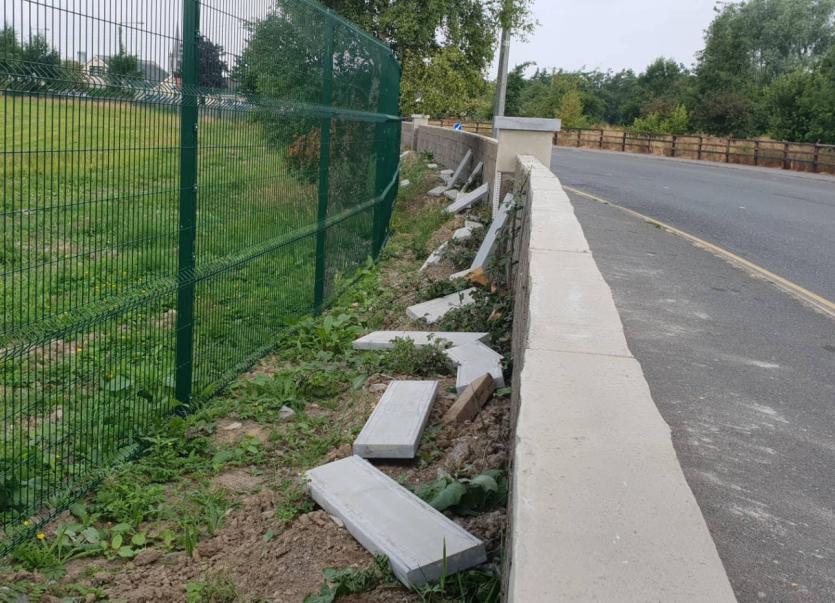 Principal of St Mel's College, Declan Rowley, has spoken out about the damage done to the wall at the back of the Longford town college.

Gardaí are following a line of inquiry and are seeking any information from witnesses or bypassers on Thursday night.

The vandals knocked all of the limestone caps off the wall opposite the entrance to the Albert Reynolds Peace Park, causing approximately €1,300 worth of damage.

"They came along, knocked them off and just threw them down there," Mr Rowley told the Longford Leader, gesturing to the ground on the other side of the wall.

"Some of them are broken, which means that they’re rendered useless to us. Then there’s just the cost, and whether it’s feasible for us to put them back on and whether this happens again or not… that’s the problem really.

"It’s just a shame because you’re trying to create a better image for the town and this area of the town would look better when it’s done properly. It’s an amenity area."

The project at the back of the college began about six weeks ago. A fence has already been erected for security and the next part of the project was to plaster and cap the wall, before planting a hedge between the wall and the fence.

"My stomach turned when I found out," said a disappointed Mr Rowley. The St Mel's Principal got the call early Friday morning and made his way to the scene, where Gardaí soon arrived to inspect the damage.