Almost €2 million worth of bicycles stolen

'Lock It or Lose It' campaign 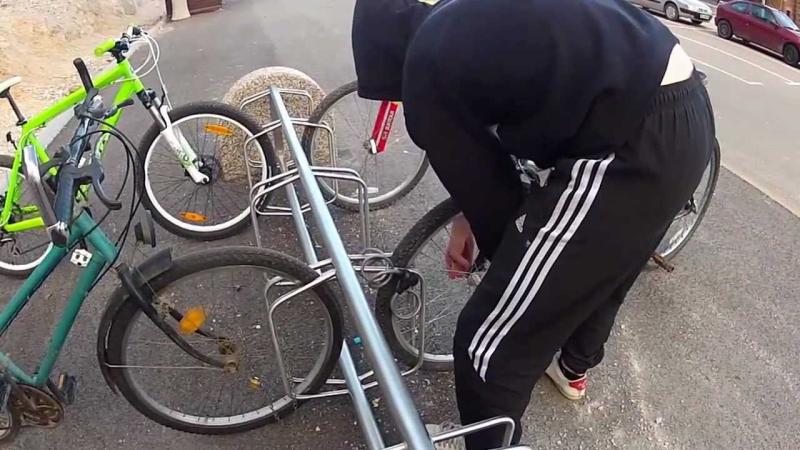 Gardai are appealing to cyclists to keep their bicycles safe by locking them in the most secure way possible.

Almost €2 million worth of bicycles have been stolen since 2016.

An Garda Síochána is appealing to cyclists to take extra precautions in keeping their bicycles safe by locking them in the most secure way possible, as new figures show over 14,000 bikes have been stolen since 2016.

Figures from the Garda Analysis Services show that bicycle theft was up 7.5% in 2017 and is on course to increase again in 2018. The average cost of a bike stolen is around €510. The most common time for a bike to be stolen is during the hours of 8am and 5pm, with Friday being statistically the most common day for bikes to be stolen.

The analysis also shows that Dublin, Cork, Limerick and Galway make up 83% of the theft of bikes. 52% of bikes are stolen on public streets. 32% are stolen from homes.

• Spend 10% to 20% of the value of your bike of two locks
• Lock your bike tightly to an immovable object
• Keep the lock off the ground
• Take a photo of your bike, note the serial number and email it back to yourself
so you have a record of it forever.
• Lock your bike indoors or in well-lit areas if possible

Speaking at Anglesea Street Garda Station, Crime Prevention Officer Sgt Tony Davis said ‘We are appealing to everyone from the pros to the Sunday cyclist to lock their bikes as securely as possible. There has been an increase in the number of people cycling over recent years but unfortunately there is poor awareness of bike security.

"Nowadays with cycle the to work schemes, people are investing in more expensive bikes so it makes sense to invest in quality locks to prevent bike theft. A few simple tips such as; spending 10% to 20% of the value of the bike on two locks, locking your bike tightly to an immovable object and keep the lock off the ground, will make life difficult for the thief. Take a photo of your bike, note the serial number and email it back to yourself so you have a record of it. Of the 14,000 or so bikes stolen since 2016, we have only approximately 16% of the bicycle frame numbers recorded’.

Sgt Davis added ‘There is a trend of not reporting theft of bikes to Gardaí which makes it difficult for us to reunite any recovered bikes with their owners. If your bike is stolen, report the theft to Gardaí as soon as you can. If you are buying a second hand bike, look for proof of ownership before purchasing.  If you have had your bicycle stolen, you can go onto the Garda website to view bicycles and all other property that is currently in our property stores. Finally, I would ask all bicycle suppliers to highlight the ‘Lock it or Lose it’ campaign when someone is purchasing a bike’.