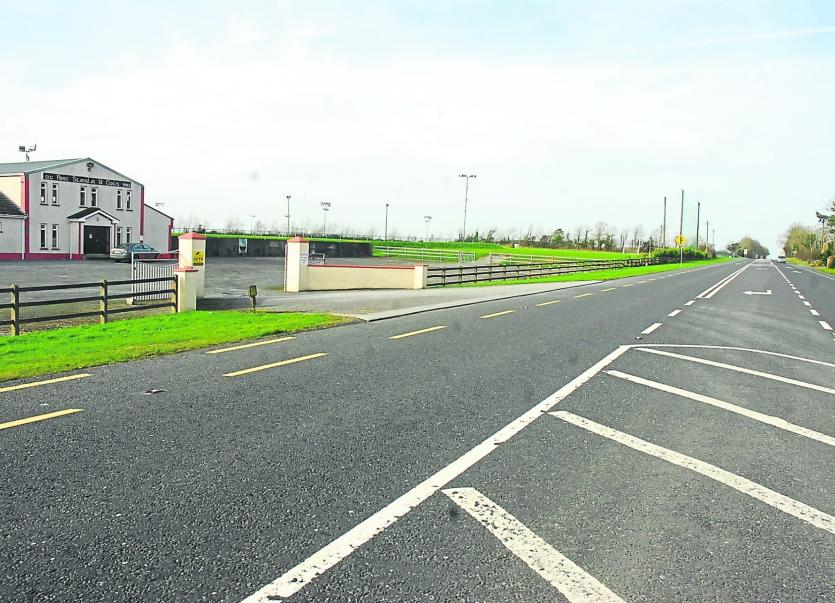 Leitrim Cllr Sinead Guckian is literally trying to shine a light on the ongoing issue of having the public lighting in Aughamore extended out as far as the Annaduff GAA grounds.
The issue came up for discussion at Carrick- on-Shannon Municipal District when the Drumsna-based councillor asked for the senior engineer, to once again, contact Transport Infrastructure Ireland (TII) and request that public lighting is erected on the N4 at Annaduff GAA grounds.
Having been turned down in the past, Cllr Guckian said the TII should give further consideration to the provision of public lighting at the entrance to the “busy community facility.”
Shay O'Connor, senior engineer roads, said the council has discussed providing public lighting along that section of the N4 with the TII on numerous occasions.
“They will not provide funding for public lighting for such locations. I doubt the TII will alter their position if we submit a new request,” he said.
“I'm not saying the TII don't fund lighting at such locations but they are not prepared to do it at that location,” he added.
Cllr Guckian said she is advised there is special funding available under the TII's policy of providing public lighting at junctions or areas where there is a history of accidents or considerable danger at night time.
“We really need to address this particular situation,” she emphasised.
Her proposal was seconded by Cllr Des Guckian who said both Annaduff GAA and the county GAA grounds alongside can be very busy centres.
He accused the TII of “massive overruns” and said “it is time that some money was transferred and invested down here.”
Cllr Sean McGowan described it as “a timely motion” while Cllrs Enda Stenson and Finola Armstrong-McGuire also lent their support.
Mr O'Connor stated there is funding available through Clár and other programmes and if the football club or the GAA wish to pursue that avenue the local authority will help them with any funding applications.