Leitrim's Stumpy on his way to India to become a royal

Attitude: He has no idea of his diminutive size 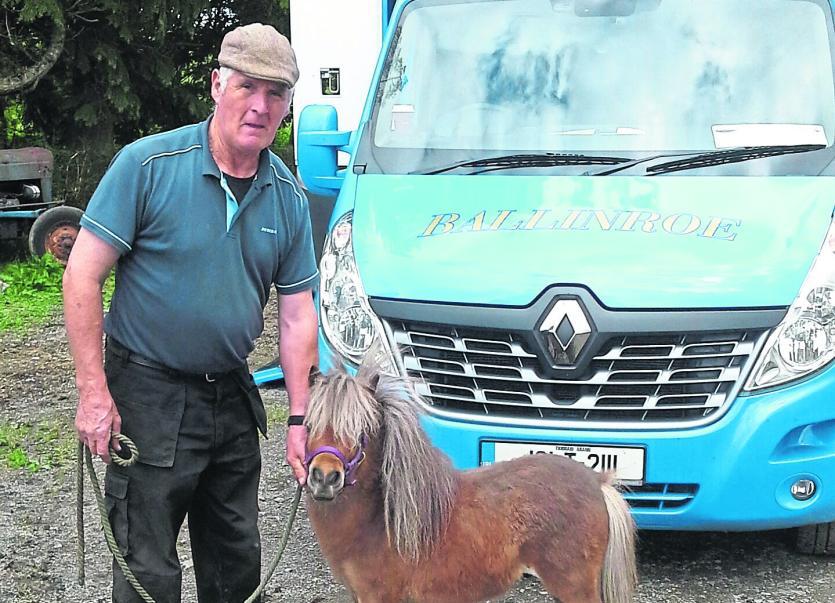 Stumpy the miniature stallion stands at just 25 inches and is well known to anyone who has attended recent St Patrick's Day Parades in Carrick-on- Shannon or local agricultural shows around the county.
His owner Brendan Flynn from Tonnagh just outside the town, has proudly led little Stumpy in the parades and he has proved hugely popular.
But three-year-old Stumpy and another pony from the stud farm are now leaving Leitrim and moving to India where they are to become members of a royal stable of horses.
Stumpy and his little pal are currently in quarantine in Britain for a month and will then make the long flight to India where they will remain in quarantine for another month before joining the herd. The cost of exporting the miniatures is close to €8,000 per animal.
Brendan has been breeding horses on his stud farm at Tonnagh for over 40 years and currently has 150 horses on the farm.
Speaking about Stumpy, Brendan said: “What he lacks in height he certainly makes up for in character and attitude. He has no idea of his diminutive size.”