Jimmy Gralton was a son of Leitrim who sacrificed so much 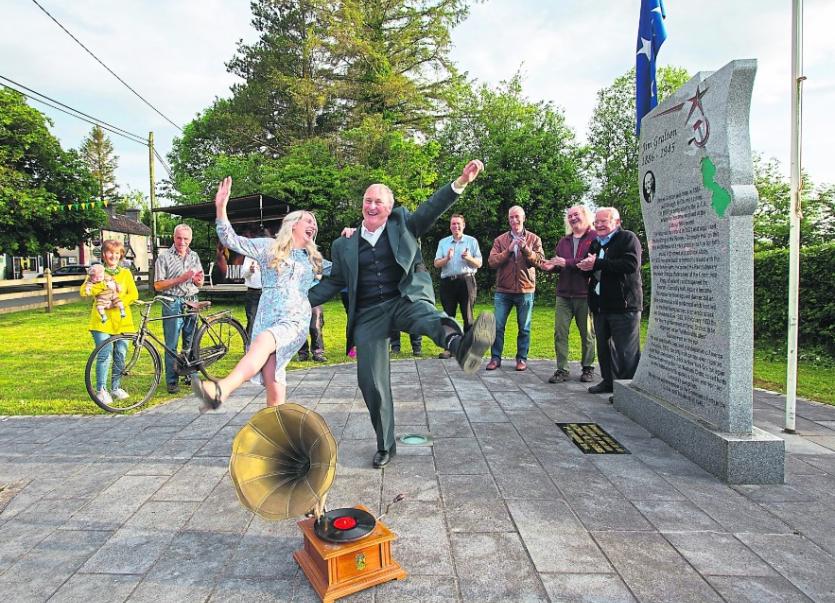 Growing up as a youth in Leitrim, Jimmy Gralton could plainly see the great injustice suffered by the common people of his native county Poverty, evictions and emigration were common place and a foreign imperial power ruled the country.

Jimmy Gralton was the only Irishman ever to be #deported from Ireland. A re-enactment of his journey home with friends from #Drumsna to #Effrinagh prior to that event took place yesterday. Jimmy was played by actor Donal O’Kelly, centre. #Leitrim @aboutleitrim @JimmysHallFilm pic.twitter.com/66PTJpHJVM

Like tens of thousands of other young Irish people Gralton was compelled to leave his native country to seek a livelihood - eventually settling and getting employment in New York in 1907.

This was at a time when James Connolly, who was active in the American socialist and trade union movement, was considering returning from the US to Ireland.

Whether organising tenant farmers here in Leitrim or Longford, or organising emigrant Italian, Polish or Greek workers in New York, Gralton recognised that the same red blood of a common humanity flows in the veins of all races, creeds, colours and nations.

Possibly most thrilling 8 secs so far? Being Jimmy Gralton coming home to Leitrim from NYC 23 July 1921. #NoPlaceLikeHome He built a community hall, the parish hall having been burned by the Black & Tans. On Christmas Eve 1932 it was burned down at behest of Catholic clergy. pic.twitter.com/mM1Xby1M67

And I believe we should take particular note of this today at a time when a tiny minority of people in this state are attempting to scapegoat immigrants and asylum seekers.

When Gralton returned to Ireland in June of 1921 he immediately became immersed in the struggles of the time. He supported the small farmers in this district who had established the Farmers Protective Union which affiliated to the Carrick-on- Shannon Trades and Labour Council, linking urban and rural communities in Leitrim in a common battle against the establishment.

He sought the support of the community in building a Hall on this very site, to replace the Temperance Hall in Gowel which had been burned down by the Black and Tans. That support was certainly forthcoming and the hall was named “The Pearse-Connolly Hall” in honour of the 1916 leaders. But it quickly became known as Gralton’s Hall.

Classes were held in the Hall on many subjects including Irish, English, woodwork and music. It was a popular centre for dancing. And because the state courts were not functioning an Arbitration Court was established here which administered justice in the interests of ordinary people.

The Hall also became the base for the Direct Action Committee which Gralton established to help tenant farmers regain lands from which they had been evicted.

History tells us, that at the same time, the local establishment - landlords, ranchers and clergy set about their own shameful schemes to undermine and destroy all that Gralton and this community had built up.

Gralton was denounced week after week in the churches. The hall was condemned as a communist centre and a danger to faith and morals. Those who frequented it were threatened by church and state and eventually when Free State troops came to arrest him Gralton escaped and returned to America.

When he returned again 10 years later the same right wing, conservative establishment in league with the hierarchy – not only ensured that the hall was burnt to the ground but also ensured that Jimmy Gralton would be silenced - deported and never allowed to return to his native land. Gralton was to be banished and his name written out of history.

John McGahern, when he launched Des Guckian’s booklet on Gralton, in McLoughlin's Bar here in Effrinagh back in 1986, told us, that despite the fact that he grew up here and went to school all around here he had never heard of Jimmy Gralton in all those years.

He said it demonstrated one thing; the effectiveness of the conspiracy of silence and suppression around his name and life.
As far as the establishment and the State was concerned Gralton had been deported, he had become a non-person.
And history will tell us that many of Gralton’s comrades in other parts of the country, were also silenced by that same state and by that same establishment.

I spoke about Jimmy's courage standing against war, empire, church control & injustice. I spoke alongside the brilliant @masi_asylum about what still happens in direct provision & how we can channel our inner Jimmy Gralton in opposing it pic.twitter.com/3qXVuH03fm

We can only ask ourselves today what if Gralton and his comrades had succeeded in overcoming that right-wing, intolerant, cowardly and spiritually crippled state.

Would we have had decades of gross exploitation and forced emigration.

Would we have had a society that looked the other way when thousands of women from poor backgrounds, unmarried mothers, women with learning disabilities and girls who had been abused were forced to enter Magdalene laundries, where they suffered a cruel regime of terror and punishment behind locked doors, with no wages and no option to leave.

Would we have had, what the Commission on Child Abuse described as, the endemic rape and molestation of thousands of children in church-run industrial schools and orphanages.

Of course we now well know that the same church and state that deported Jimmy Gralton did its utmost in recent years to cover up this torture and rape, this exploitation and appalling abuse.

Friends, the people of Effrinagh, Leitrim and Ireland have every reason to be proud of Jimmy Gralton. He has left us a wonderful legacy. A legacy we all can be proud of.

Speaking at Gralton’s grave, his friend John Mullally said that Gralton sought a world “in which human beings can have security, free from hunger and misery, with sufficient leisure time to study art and music; a world wherein there will be no wars, famine or depression in the midst of plenty.” What a wonderful and fitting epitaph.

You can’t beat a night at the crossroads dancing with old friends. ❤️
Thank to all who came to Effrinagh.
Jimmy’s dream lives on! #gralton #crossroadsdance pic.twitter.com/TOJ1eCaVz9