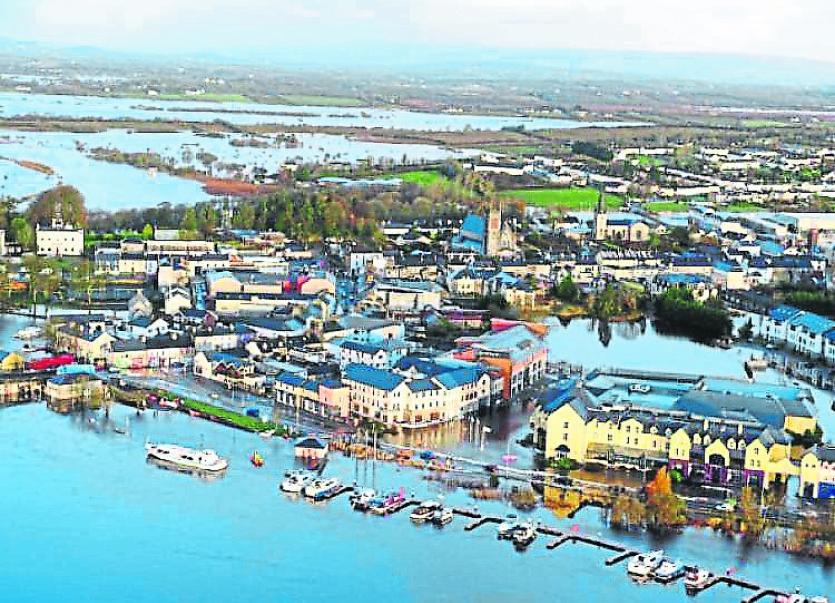 There is no delay in the flood control barriers programme for Carrick-on-Shannon and other areas along the Shannon, councillors have been told.
The matter was raised at the July meeting of Carrick-on-Shannon Municipal District where Cllr Des Guckian called on the local authority to urge the government for the immediate implementation of the CFRAM flood control programme.
Updating the members on the progress to date, Joseph Gilhooly, director of services for economic development, planning, environment and transportation, said the council’s capital office is currently working with the Office of Public Works (OPW) to finalise tender documents for the procurement of consultants. These consultants will be tasked with carrying out the detailed design of a flood relief scheme in Carrick-on-Shannon.

Once appointed, the consultant will undertake the options assessment, environmental reporting, planning process, detailed construction design, procurement of works contractors, construction right through to the handover of the works.
Cllr Guckian said they were talking about “crippling flooding” and about a delay in the work being done.
He said they should be actively following the government on it and asked how many times the council has met with the OPW on the matter and have they received a positive response.
Mr Gilhooly said the council has met with the OPW on five or six occasions and there is a joint working group between the two parties. He said there is also two full time staff working on the programme in-house.
Mr Gilhooly stressed there is no delay on the project and told members it takes time. “The process is in hand to get it across the line as quickly as possible,” he said, and repeated that they hope to go to tender in a matter of weeks on the appointment of consultants.
He said at that point they will have a detailed discussion about the type of wall that will have a minimal impact and that will be worked out in detailed design and detailed planning.
Mr Gilhooly said the council would be amenable to visiting sites such as Waterford to view the flood defence barriers constructed there.
The motion was supported by Cllr Sean McGowan who paid tribute to Minister Kevin Boxer Moran who he said has done a lot of work to relieve the pinch points at Athlone.

"Sooner rather than later"

“I hope the allocation announced will be proceeded with sooner rather than later and the work will be done. It’s been eight or nine months since the Minister was here so I’d like to see it moving along,” he said.
Cllrs Enda Stenson and Paddy Farrell also supported the motion while Cllr Thomas Mulligan said he hoped to see flood relief works in Mohill proceeding as soon as possible.
Meanwhile, Darragh O’Boyle, area engineer, pointed out that work has already been done in Carrick-on-Shannon and Leitrim Village on the installation of non-return valves on storm drains to prevent flood water from escaping.