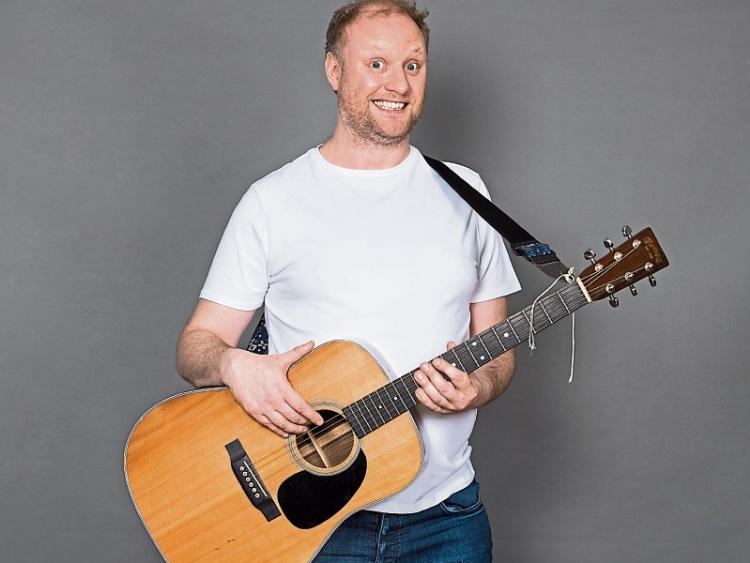 Fred Cooke is leaving his twinkle toes behind him from “Dancing with the Stars” and taken to the road for his new comical tour of musical madness.
Don’t miss Fred Cooke live at a venue near you from September till November where he will finish up in Vicar Street on November 1.
Locally, Fred will perform on Saturday, September 7 in the Hawkswell Theatre, Sligo, and on Friday, September 20 in Percy Whelans, Carrick-on-Shannon.
Since becoming “Irish Comedian of the Year 2018” (Tatler Magazine), Fred, who is no stranger to Carrick-on-Shannon, has supported Irish Comedy Legend Tommy Tiernan on his Nationwide Tour.
Cooke’s guitar plucking panache enables him to paint comical situations before delivering unexpected killer-punch lines that leave his audience “elevated to hilarity” - The Scotsman.
His new Nationwide Tour “Fred Space” has brought Cooke to a whole new level of Comical Mayhem placing him in the “Premier league of Irish funnymen” - Hot Press
Sit back and enjoy a performer with enough “energy to power a small village in the west of Kerry” - The Laughter Lounge.
Priceless - Chortle
Very impressive performer - Short Com
I love Fred. He has the spirit of the Clown in him - Tommy Tiernan
Tickets priced €23 on sale now through www.ticketmaster.ie and usual outlets nationwide.