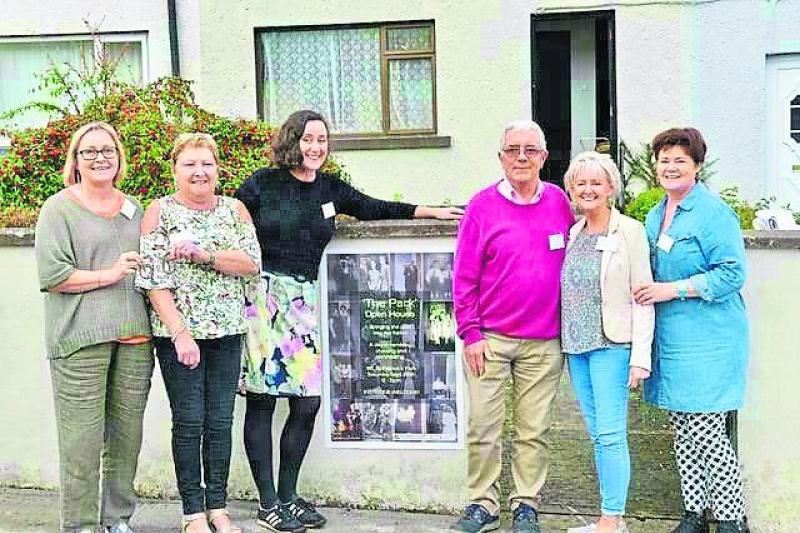 The Townspark Resident’s History Project Committee were delighted with the response to and turnout for their ‘Open House’ day on Saturday, September 28.

The project involved opening a house in St Patrick’s Park in an effort to recreate the tradition of the ‘ramble’ to visit neighbours and catch up with the news over a cup of tea.

Traditionally, the St Patrick’s Park area (encompassing Kingston Terrace, Lisnagot, Breffni Heights and Breffni Crescent) were neighbourly areas where people popped in and out of each other’s houses with ease and children played together outside in the streets.

The day was a celebration of a bygone era of unlocked doors, few cars and children playing outside until they were called in for the tea (or the Rosary!). 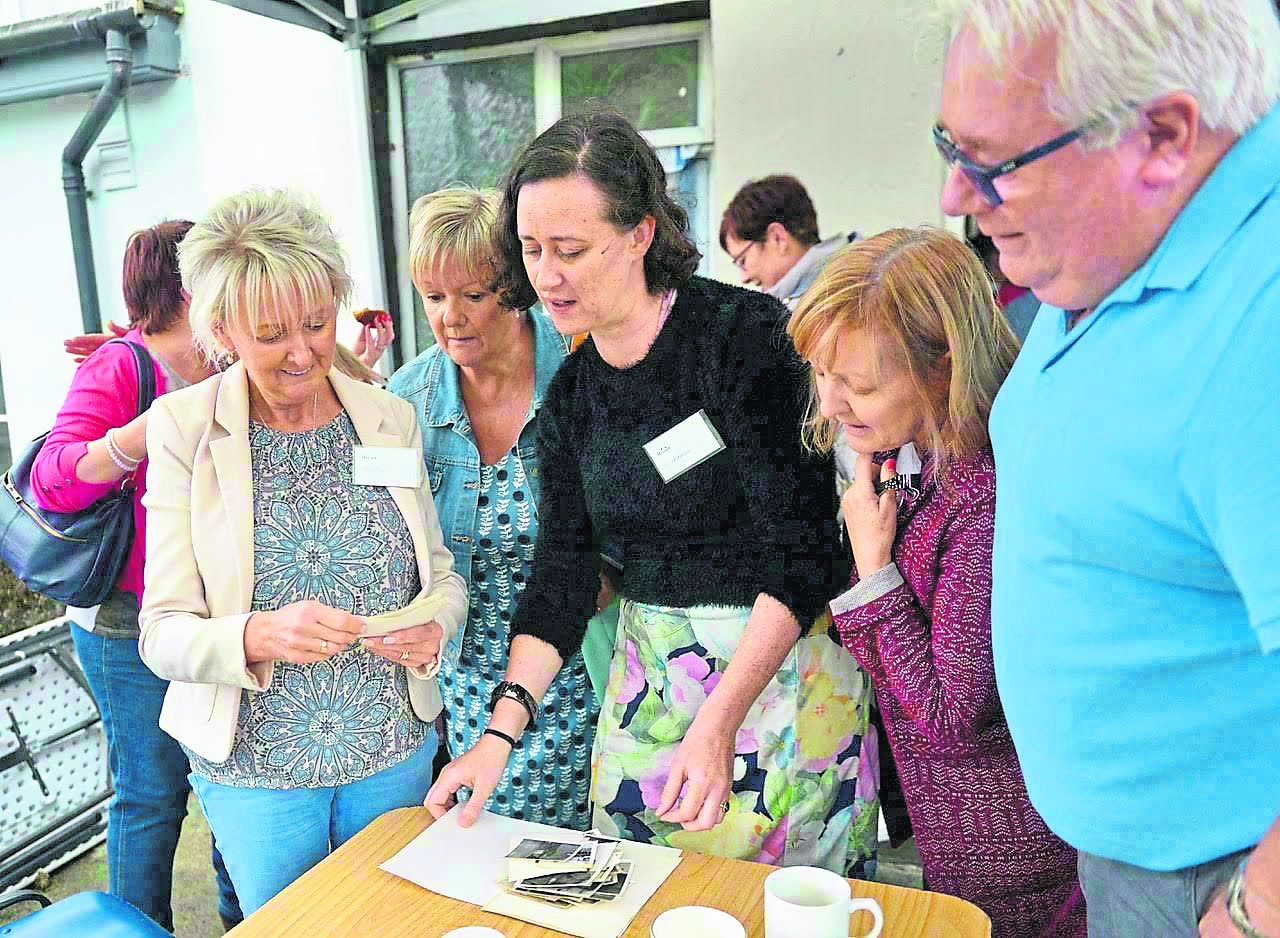 The door of Number 66 was open between 2 and 5, the kettle stayed on the boil and plates of the old favourites from the past were passed around – Gateaux Swiss Rolls, Kimberley, Mikado and Coconut Creams, Jamaica Ginger Cake – all things reminding us of the little shops of Bridgie Rowley and Mrs O’Toole when they were operational in The Park.

There were audio-visual elements to the day. In the early 1990s, resident Kathleen Flanagan and Marymount teacher of English Frankie Watson, began the bones of this project by interviewing and taping residents of the area about their lives, their ups and downs.

A defining characteristic of so many of the older photos that were submitted was that they portrayed groups of neighbours and friends gathered in doorways, again reiterating the closeness of the residents and the feeling of ‘mi casa, es su casa’ in the area. Project director Roisín Loughery (Creative Ireland) presented some of these photos in a flyer promoting the event.

On the day, residents old and new arrived before the allocated time and stayed after the ending time. The house was full, inside and outside, for the duration of the project with old friends and neighbours catching up, looking at photos or listening to the voices of residents long gone but remembered very fondly. People had travelled from Dublin, Meath, Sligo, Galway and even the UK for the event.

Another very interesting aspect to the day was made possible thanks to Marie Slevin, resident of No. 41 St. Patrick’s Park.
Marie kindly opened the outhouses connected to her home to show visitors the remains of Carthy’s Bakery – a once very busy bakery that sold bread from No. 41 and delivered it around the town. Fond memories were expressed of hot batch loaves and wrapping Halloween bracks. 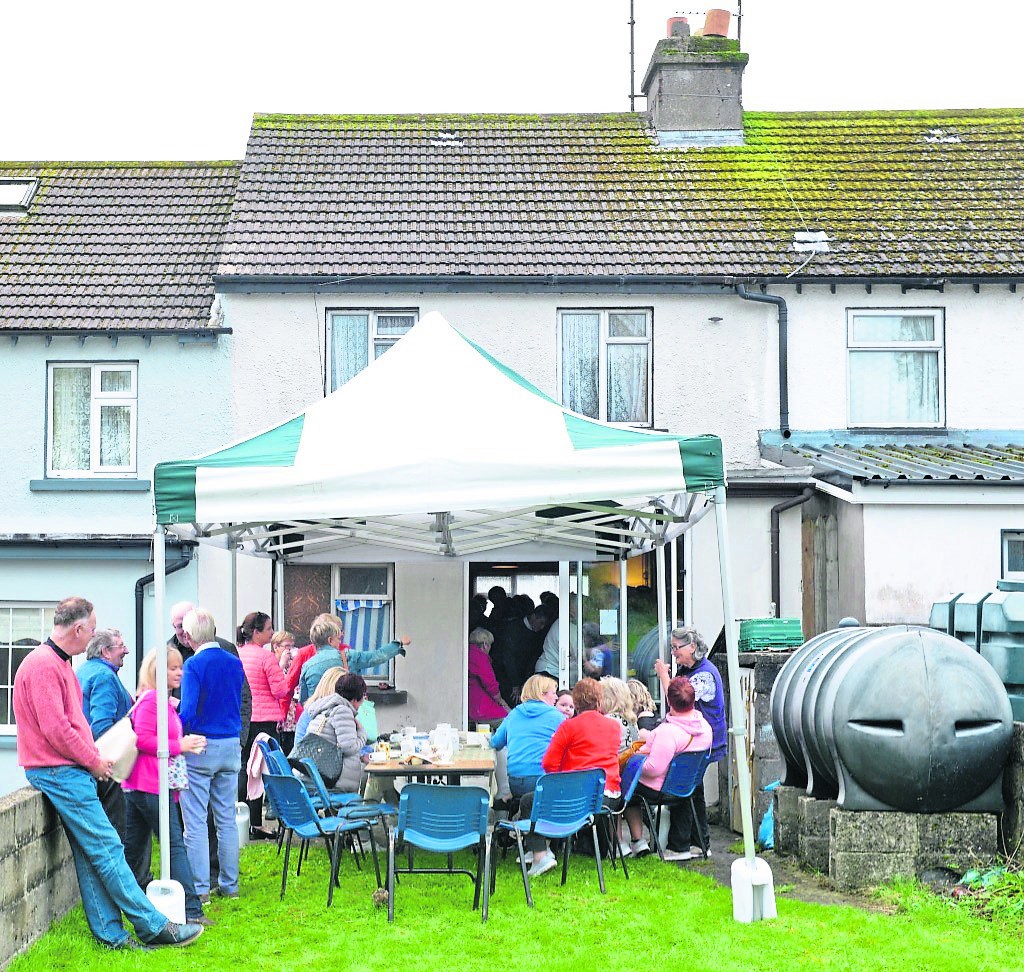 The Committee members (Kathleen Flanagan, Nollaig McGreevy, Bernie Quinlan, Carmel Murtagh and Micheál O’Rourke) were thrilled with the crowds and the enthusiasm and the good humour of the day.

This event will be followed up with a compilation of information and images in the future. People are still coming forward with photos and stories and these are always welcome.

A huge thank you is extended to all those who visited on the day and made this such a special event, and to Marie Slevin for opening the old bakery for the visitors.

Special appreciation is extended to the Martin family of No. 66 St. Patrick’s Park who very generously allowed the committee to use their home for this event - it was the perfect venue and added so much to the day.

This project is sponsored by Leitrim County Council and Creative Ireland. By Nollaig McGreevy