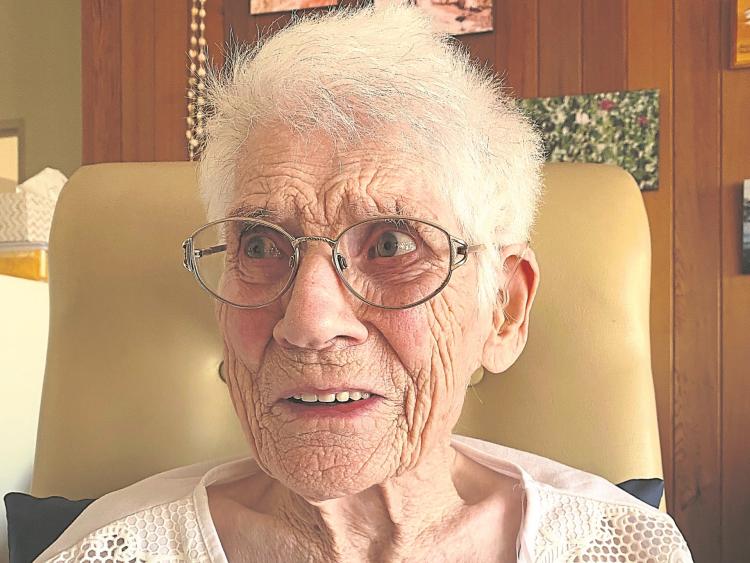 John Crofton was in touch with the Leitrim Observer to tell us his 103-year-old mother, Anne, celebrated the new year at her home in Alice Springs with her family.

Anne looks forward to nothing better than receiving her weekly copy of the Leitrim Observer by post in Alice Springs. She has read the Observer every week since the late 1920s. Is she our oldest reader?

Anne Crofton was born on September 11, 1916 in Lisnagea, Kilnagross, the year of the Rising. She was the first of 8 children born to Peter and Margaret Cullen.

Two of her teachers in Lisduff (Drumsna) National School at the time were Master McGuinness and Miss Ffrench.

Her memory is excellent and she tells of the Black & Tans outside Drumsna and the coming of the first ever bus through the village.

Anne went to England from 1939 to 1950 and on returning to Ireland she got married in 1951 to Jim Crofton. After her husband retired they moved to Croghan, Co Roscommon where Anne resided until she moved to live with her son John in Alice Springs, Australia in 2004. John has been resident in Alice Springs since 1974. Her husband Jim had pre-deceased her in 1978.

She arrived at the beginning of summer 2004 when temperatures were regularly 40°C, however, she has acclimatised and doesn't like the winters anymore.

According to John, his mother Anne is very happy in Australia but of course misses her friends who remain in Ireland, in particular in County Leitrim and also her old neighbours in the Boyle and Croghan areas.

Read Also: Special fundraiser set up to help Leitrim family after sudden passing of much loved father and partner