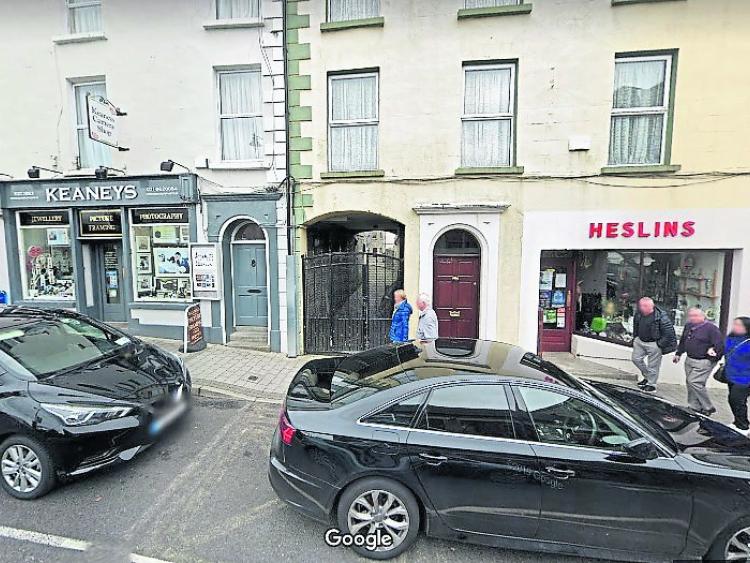 Councillor Des Guckian has asked District Engineer Darragh O’Boyle to explain the erection of signs directing the public along the alleyway from Flynn’s Field car park, in Carrick-on-Shannon, to an exit point between Ivan Keaney’s shop and Frank Heslin’s shop on Bridge St, at last week's Council meeting.
Cllr Guckian said “The status of this alley was a private residential alley, with a gate that was locked at night. Under whose authority was this status changed, without due procedure or CPO?”
He said local residents “do not seem to have been consulted.” He noted the lighting for the alley was not fixed and he asked “will the Council take responsibility for all the dangers arising?” The Independent councillor said a “temporary thing” is not legal and he stated “due process didn’t happen.”
Leitrim County Council explained they “were approached by the businesses on Bridge Street about directing people from the new car park to Bridge St.
“We are aware that this is a private laneway. We discussed this with the Archway Apartments property management company.
“They agreed we could direct people through this lane for a temporary period subject to Leitrim County Council including the laneway in our public liability insurance policy. This was carried out.
“Any permanent change to the status of this laneway can only happen with the agreement of all parties concerned."
Senior Council Engineer Shay O’Connor said there are no proposals to CPO this archway at the moment and all involved in the property management approved the agreement for a temporary period.
Cllr Sean McGowan said “It was a temporary reprieve for the businesses” and there was no issue about it.