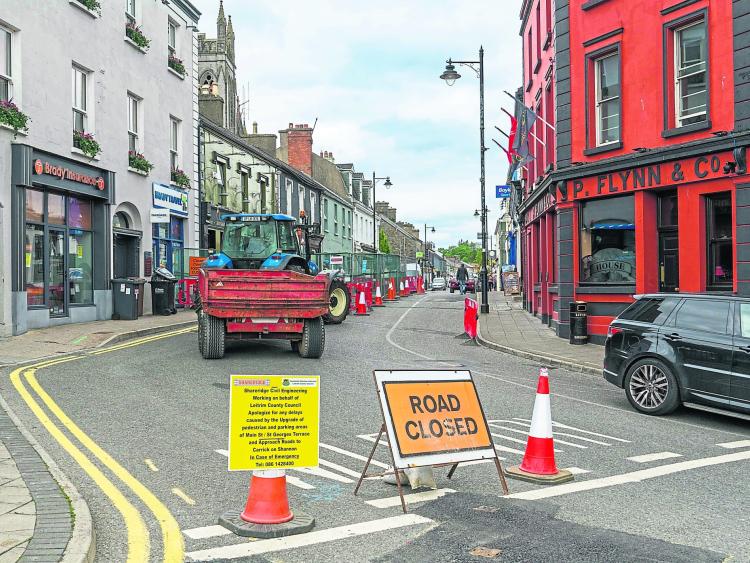 Work on the Main Street had been halted as a result of a national directive under the Covid-19 Level 5 lockdown. Unfortunately the work on the public realm project was not deemed to be essential and the contractor was not allowed to continue work.
However Senior Engineer, Shay O'Connor has confirmed that the Council has been given approval for the works to recommence.
He said that he had been in discussion with the contractor about restarting works and said he expected some activity onsite later this week.
Cathaoirleach of Carrick-on-Shannon Municipal District, Cllr Paddy Farrell welcomed the news noting that he had a motion on the issue before the February municipal meeting.
He said that there had been some confusion about what the status of the works was and whether the works should have continued in recent weeks.
Director Service, Joseph Gilhooley pointed out “this Council is obliged to comply with the current Level 5 restrictions. One of these is that construction is stopped except for essential works, of which Carrick-on -Shannon Public Realm Scheme is one, is deemed non-essential and therefore works had to stop.”