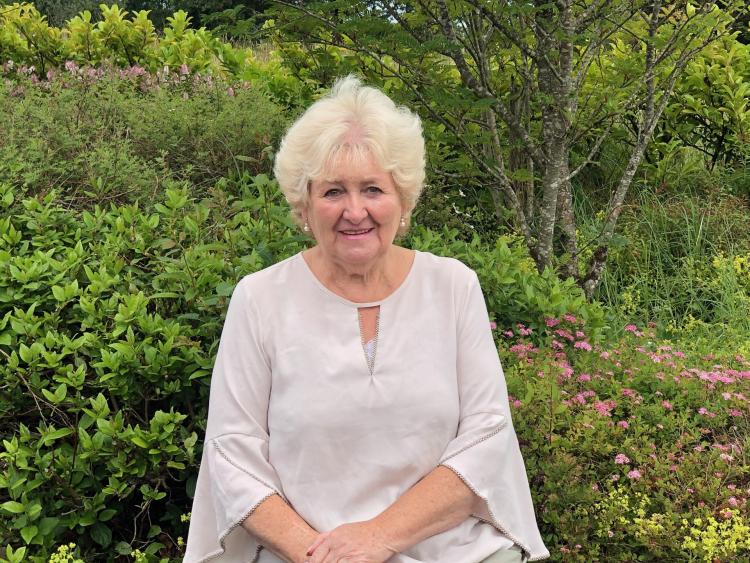 This week the Leitrim Observer is acknowledging Leitrim women who have made an impact on life in our county whether that be through volunteer work, promoting the county, through music and inspiring us during Covid. It is a way of thanking and acknowledging them for all they do to enhance life for the better for their county men and women. Here they outline their early life, their influences and why promoting women is so important...

I was born in 1943 in Buckinghamshire England of Irish parents. When I was seven my parents, Father Tommy Mc Carthy from Skibbereen Co Cork and Mother Nell Bohan from Lisdromafarna, Kilnagross decided to go ‘Home’’.
We came to live in Drumsna in March 1950 and I have been here ever since. My parents bravely started up a business making rubber dolls, toys, balloons, beach balls etc.
My mother was a strong minded woman and worked equally along side my father, she was adamant that they would employ local girls who would probably otherwise be taking the boat to England .
There were about seventeen girls working there in my young days, mostly farmers’s daughters from the locality who were delighted with their ‘’wages’’, there were also some men employed.
In the early 1960s my parents went into business with Jack Dolan and Colin Wadsworth and became directors of Shannon Industries, firstly in the old hospital on Summerhill and then in St, Patrick’s Park Carrick-on-Shannon.
My mother at that stage took a back seat and enjoyed life in Drumsna.

My parents were very far seeing and always told me that I could do or be anything that I chose.

I love my village and have been involved with every aspect of life here.
In my young days women were more or less second class citizens, certain jobs had to be given up when a woman got married as her place was obviously ‘’in the home’’. A married woman always took her husband’s surname as did their children.
We had the vote of course by then but that was no thanks to all of the men who tried to suppress it. My parents were very far seeing and always told me that I could do or be anything that I chose.
I got my driving licence when I was seventeen and I overheard one of our neighbours berating my father for letting ‘'the daughter' go driving. It would seemingly have been all right if I was a boy!
I got married to Micheal Guckian From Lisnagea in 1965 and we built our home in Drumsna in Co Leitrim (where else?).
I was a founder member of the ICA and volunteered with the newly established Tidy Towns committee in the 70’s.
At one stage I went for Chair of the Association and people were astonished at the idea of my audacity as I had four children and I should be at home minding them !
I did take the chair and I hasten to add that my children were well minded! My husband was a local County Councillor at the time there would have been no wonder if it was he who went for Chairperson even though they were his children also !
As well as minding the children I was at home to anyone who came with a local problem as my husband Micheal held down a full time job at the time.
We had no computers and nothing was ‘online’ then and everything had to be written done and recorded, medical cards amongst other things had to be applied for and most of that data fell to me.
Some men were very wary of telling the little woman anything and would wait anyway until they saw Micheal!
We had forty seven years of happy married life before Micheal passed away in 2011.
I love the idea of the betterment of an area and we in Drumsna took part in many competitions, Fleadhs, Pride of Place in which we won the all Island in 2007 while I was Chairperson, founding the Anthony Trollope Society, making films, Mock Weddings, helping the Leitrim Tourist board, holding field days and much more.

I have great admiration for the many women who have paved the way for us to take any possible position.
The obvious women of course who have played a major part in our history, Maud Gonne, Countess Markievicz, and Nurse Elizabeth Farrell who was airbrushed out of history as she delivered the message of surrender in 1916 to Brigadier General William Lowe, he wouldn’t accept it because she was a woman and she had to bring back Patrick Pearce. The picture of the surrender shows her foot !
Also Elice Pilkington of the ICA who got the farmers wives out of drudgery. In later years Mary Robinson and Mary Mc Aleese became the first and second women to hold the highest position in the land.
All four of my adult children have married and after a spell away from home have returned to live in the area, two of them live in Drumsna and the other two within a two mile radios.
I also have seven grandchildren aged from twenty four down to nine.

This past year has been hard as I have been more or less in lockdown since last March .
I have to say it has badly affected my social life…… so I decided to do the last thing on my bucket list and write a book.
This was entitled ‘And the sky didn’t fall’. It sold out as did the reprint.
My second novel ‘The Fuchsia Hedge’ is in the shops at the moment and is doing well.
I have started my third as yet unnamed novel and hope that by the time it is published that I will be vaccinated against Covid-19 and be able to launch it properly.
I must say my writing has kept me sane and thank you to all who are reading the books.
I would also like to think that I am a strong minded woman who doesn’t take life too seriously and that I am enjoying myself along the way.