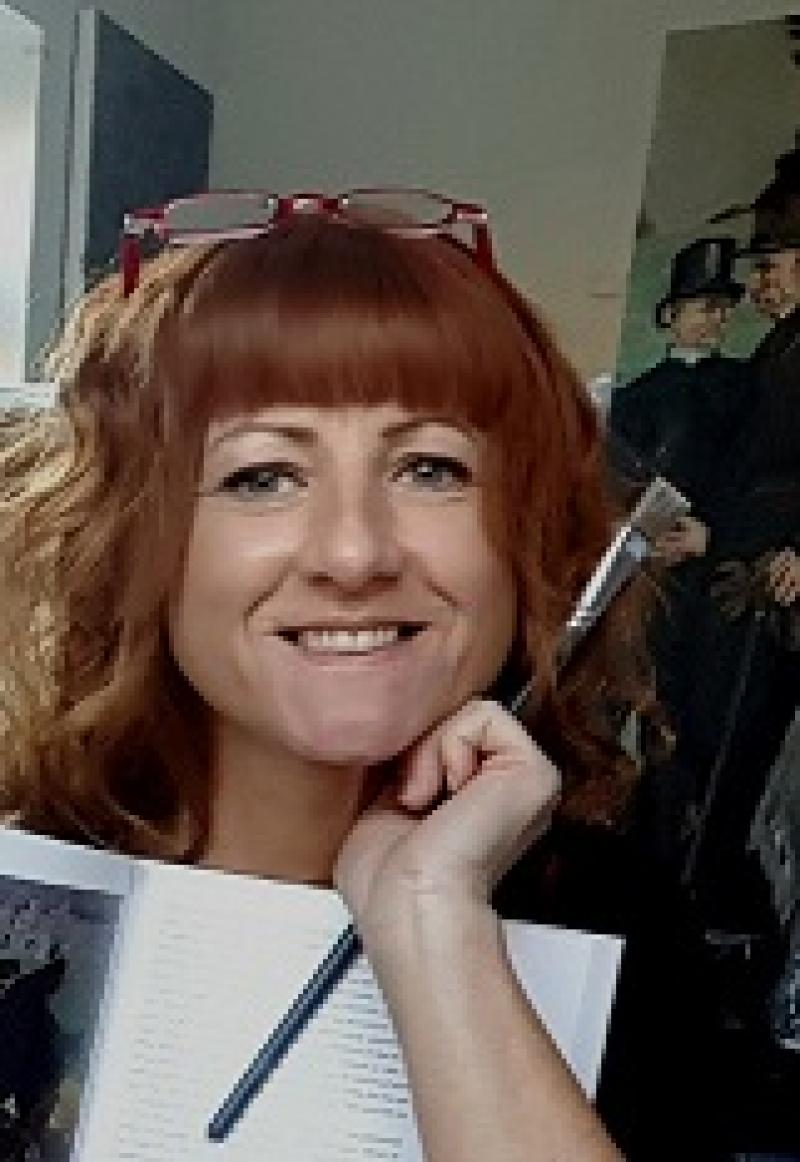 Seanad Éireann marked International Women’s Day on Monday, 8 March by unveiling a painting entitled ‘Her Surrender’ by Drumsna artist and former county councillor Sinéad Guckian.
Sinead decided to do the painting after she discovered that Elizabeth O’Farrell, the woman Patrick Pearse selected to carry his message seeking to open negotiations for the cessation of hostilities at the end of Easter Week, was ‘airbrushed’ from the photograph of Pearse delivering the surrender to Brigadier General William Lowe.
Cathaoirleach of the Seanad Senator Mark Daly said: “International Women’s Day is a global day celebrating the social, economic, cultural and political achievements of women. The day also marks a call to action for accelerating gender parity.
“By displaying this painting in the Seanad we remember someone who has come to symbolise the airbrushing of women from Irish history – Elizabeth O’Farrell.
“She is remembered for being forgotten. I also believe that there is room to improve the representation of women in the display of artworks in Leinster House and I have therefore proposed the re-establishment of the Joint Sub-Committee on Art and Portraiture so that progress can be made on this.” 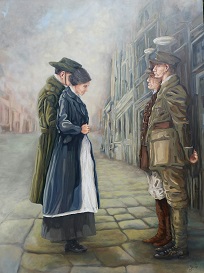 Sinead told the Leitrim Observer about her inspiration for ‘Her Surrender’: “Ever since I first saw the printed photograph of the 1916 Surrender I wanted to physically turn the photo over to see it from the other side.
“I was quite young when I first saw the photo and while Padraig Pearse and General Lowe were both easily identifiable and recognisable in the photo, I wanted to see the woman, who couldn't be seen, except for her feet and possibly the end of her coat.
“It was many years later before I heard Elizabeth O'Farrells brave story. The urge to see this woman and this iconic image from the view point of the other side never dulled, it only increased and as I learned more of her amazing story, particularly in the run up to the 100th anniversary of the 1916 rising, the need to see her at the surrender became so great, I began to paint.
“It is a huge honour to have my work in Seanad Éireann, and especially to have my painting unveiled to mark International Women's Day 2021. Having had the opportunity in previous times to visit Leinster House, I am aware of the many portraits of just male historical figures that are on view along the walls there.
“We all know the women of Ireland, women like Elizabeth O'Farrell, weren't absent in the making of our country's history or fighting for its freedom, so it's important to ensure women are not absent from the walls we fill to remind us.”
Sinead has a degree in Fine Art and has been painting for many years. She works mainly in oil and her work would be predominately described as a’ narrative’.