Gallery: Protest by business people in Carrick-on-Shannon against pedestrianisation of Main Street

Business people on Main Street in Carrick-on-Shannon and their supporters blocked Council personnel from pedestrianising part of the street this evening but after three hours of discussions bollards to prevent traffic accessing the area were finally installed.

The Council had issued notice that from the junction with Church Lane/St Mary’s Close to the junction with St George’s Terrace in Carrick-on-Shannon the road would be closed to motor traffic from 6pm this evening, July 2.

The pilot pedestrianisation of this area is intended to run every weekend from 6pm on Friday evenings through to 8 am on Monday mornings, until the morning of Monday 27th September.

However when the Council arrived to erect the bollards this evening business people, wearing 'RIP Retail' armbands, blocked the road and eventually the gardai were called. 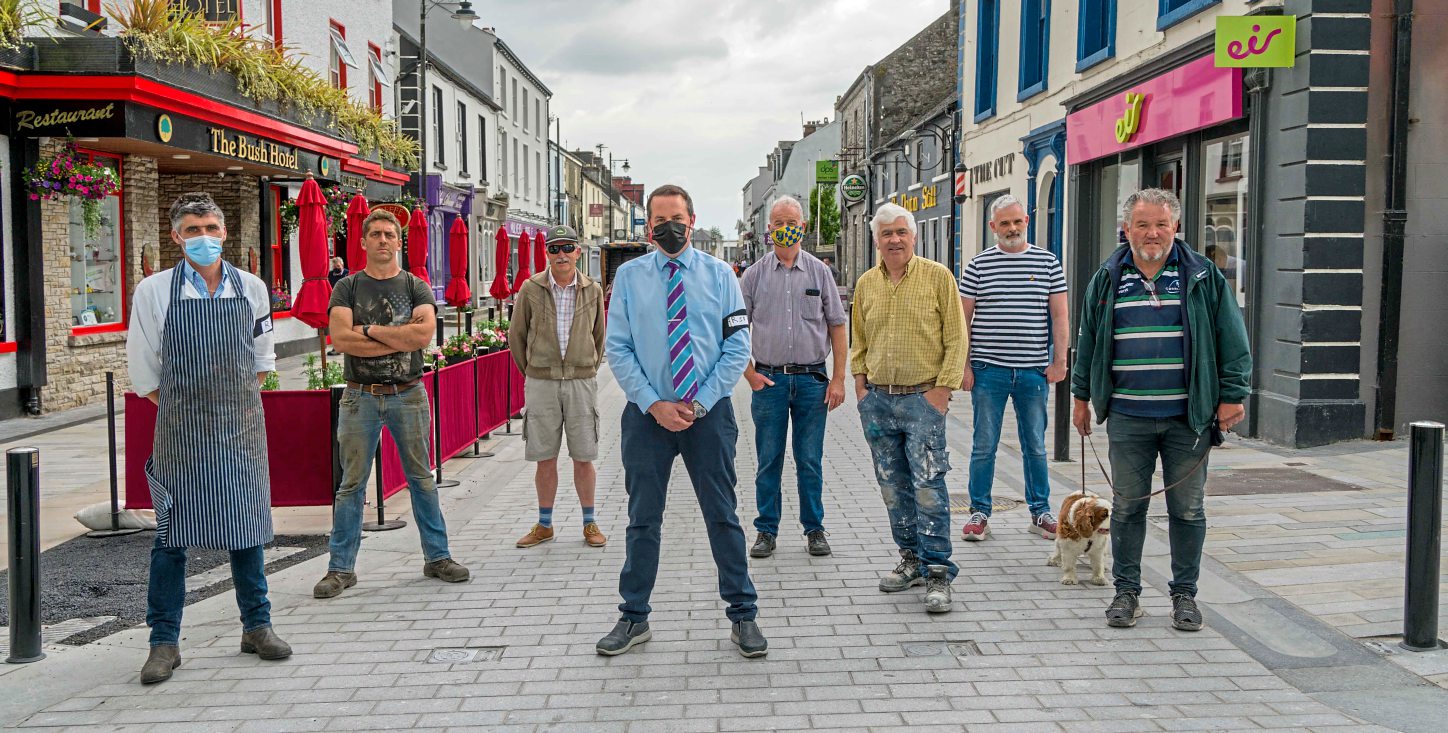