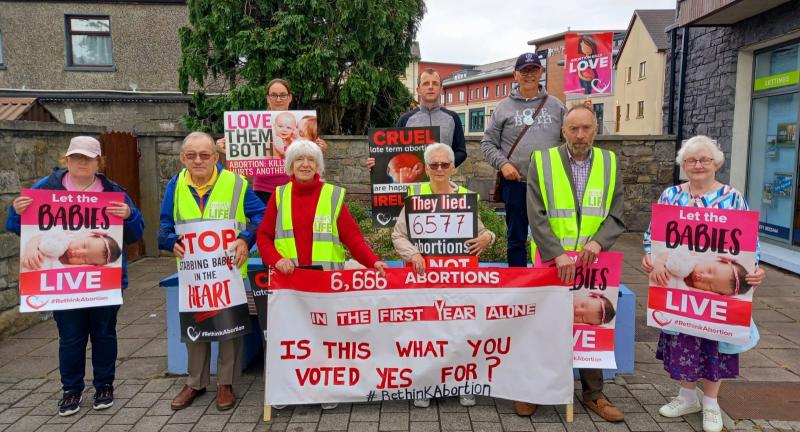 Carrick-on-Shannon was one of 55 local Rallies for Life which took place across the country on Saturday, July 3 urging the public and local TDs to #ReThinkAbortion in view of the shocking outcomes of the abortion regime so far.

The local rallies were described by pro-life activists as a "witness to the need to stand for Life, and to continue to protect both mother and baby, especially in the light of what had been revealed about abortion in Ireland, including late-term abortions and the disturbing rise in the number of abortions."

Activists held signs showing the number of abortions reported to date, saying the government lied when they promised the procedure would be "rare". Figures released this week showed that 6,577 abortions carried out in Ireland in 2020 - meaning that 13,243 abortions were carried out in just two years.

“We were promised, voters were promised, that abortion would be “rare” post-repeal, but for the second year in a row, we have seen a huge rise in the number of abortions carried out in contrast to when abortion was illegal in Ireland."