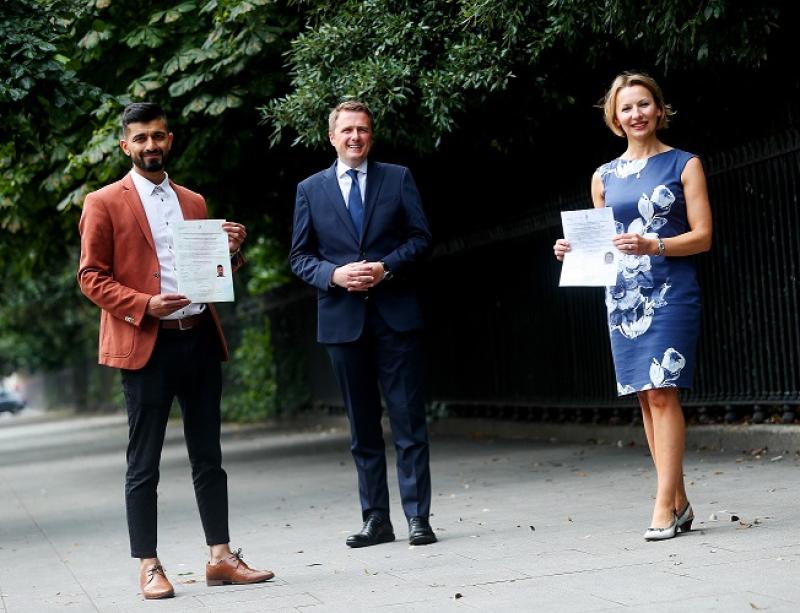 From a Kurdish refugee camp on the Iran/Iraq border, to a new life in Co Leitrim and then on to Tallaght in Dublin, the remarkable story of Zak Moradi captivated the public when he appeared on the Tommy Tiernan Show earlier this year.

Zak grew up in the shadow of oil fields in searing 50 degree heat.  His parents, he said, had spent 22 years in a refugee camp. The Kurdish people had suffered years of torment under the brutal regime of Saddam Hussein and Zak's family were given the opportunity by the United Nations to relocate to Europe and give themselves a chance of a new life.

Zak's family initially thought they were going to England but they ended up a bit further west. Landing in Dublin, Zak, aged 11, and his family were transported to Carrick-on-Shannon in Co Leitrim and that was the last time they saw 50 degrees of heat!

Since then his family have settled in Carrick-on-Shannon where Zak went to school, made friends and integrated himself into the community.

The Minister for Justice, Heather Humphreys TD, and the Minister of State for Law Reform, Youth Justice and Immigration, James Browne TD, will host a very special virtual celebration event this evening to welcome the 1,000 people who recently received their Irish citizenship.

The event is the second virtual event to welcome new citizens following the success of the first one in April, and will see Minister Humphreys welcome our new Irish Citizens with a speech broadcast live from Valentia Island, Co Kerry. In her role as Minister for Rural and Community Development, Minister Humphreys is in Valentia Island as part of the launch of Ireland’s first National Hub Network.

The event itself will be live streamed from Croke Park and will feature wonderful performances and contributions from some of our new citizens, as well as from the Garda Band.