“Paddles” a €5M CGI animation series launching on Cartoonito, RTE and around the world 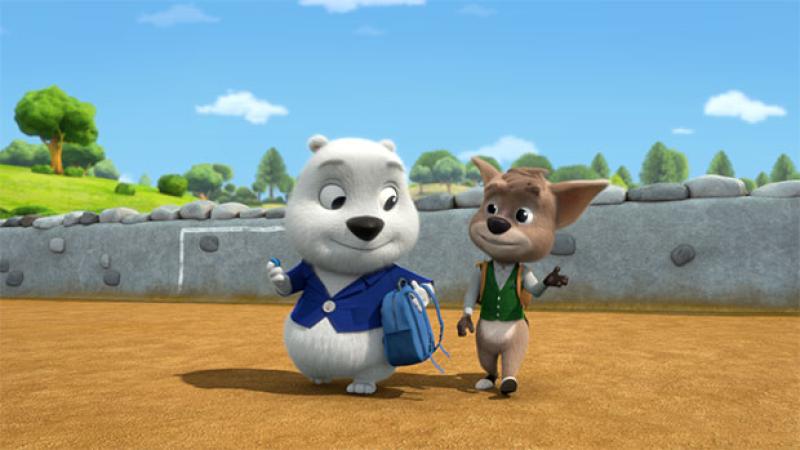 Drumsna in cartoon - a new State-of-the art animation and media company FuturumKids, are launching a  new CGI show for four-to-seven-year-olds, called "Paddles" which is set in Drumsna, Co Leitrim.

The TV show launches on Cartoonito in the UK on September 6 and later this month on RTE Junior.

Paddles, a charming, exciting and very funny 52 x 11 series, tells the story of a polar bear cub accidentally delivered by the Stork to a frozen River Shannon in Ireland – and brought up by a pack of Irish wolfhounds. Through the adventures, mistakes and discoveries of its funny and huggable star, and his friends Bracken, Bridie and Fagan, Paddles shows its young audience that being different is something to be celebrated and enjoyed.

The series has been created by the Creators of 7 Time Emmy award winning series “Jakers!”, husband and wife team Francis & Denise Fitzpatrick and commissioned by Futurum Group, a Media & Entertainment corporation based in the UK and Spain. The series is set in an Irish village, Drumsna in County Leitrim where Mr Fitzpatrick’s grandmother hails from. According to Mr Fitzpatrick, his grand-mother “May O’Beirne grew up in Drumsna in the 1890’s and was a seanachai (Gaelic storyteller)”. The series has a connection deep into Irish heritage through May O’Beirne.

Brendan Kelly, Head of Sales at FuturumKids, says: “With its strong reputation, diverse range and especially its highly successful focus on children’s animation, Cartoonito in the UK and RTE in Ireland are the ideal partners to develop our strategy for bringing Paddles to the wide broadcast and merchandising audience it deserves. We are looking forward enormously to working with the aforementioned broadcast partners.” The company has studios based in Las Palmas, Gran Canaria, London and Dundalk, futurumkids.com

Drumsna is the setting for the eagerly anticipated global launch of “Paddles the Huggable Polar Bear” - how exiciting!