Candidates need to come up with meaningful proposals for agriculture 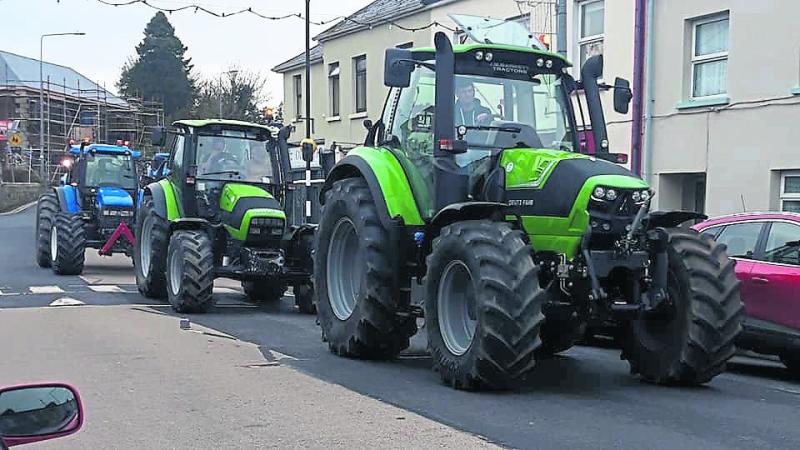 Pictured are some of the participants making their way along the route for the Carrigallen Macra second annual charity vehicle run on December 29, last

The Leitrim spokesperson for the Beef Plan Movement, Brendan Barry, has said that with the general election expected in the next few weeks, farmers are calling on all political parties to come forward with meaningful proposals for agriculture going forward.

Mr Barry said that, after losing so much in 2019, Irish farmers, and particularly those in areas such as Leitrim, are now facing a “desperate situation”.

“We have had two pieces of legislation brought to the Oireachtas in 2019 but more needs to be done to tackle the power of processors and to ensure a fairer price for farmers,” he said.

Read Also: New Flynn’s Field car park in Carrick-on-Shannon to be completed by May

“There are more than 100,000 less suckler cows in Ireland since June 2016 and unless we see serious changes than suckler farmers will continue to suffer.”

Mr Barry pointed out that the money generated from suckler farming is “a valuable source of income in rural Ireland”.

“Recent protests and comments from farming organisations show just how frustrated, annoyed and anxious farmers are. The time is now for political parties to put forward solutions,” he insisted.