Gardai stop wildlife from getting in a flap with timely rescues 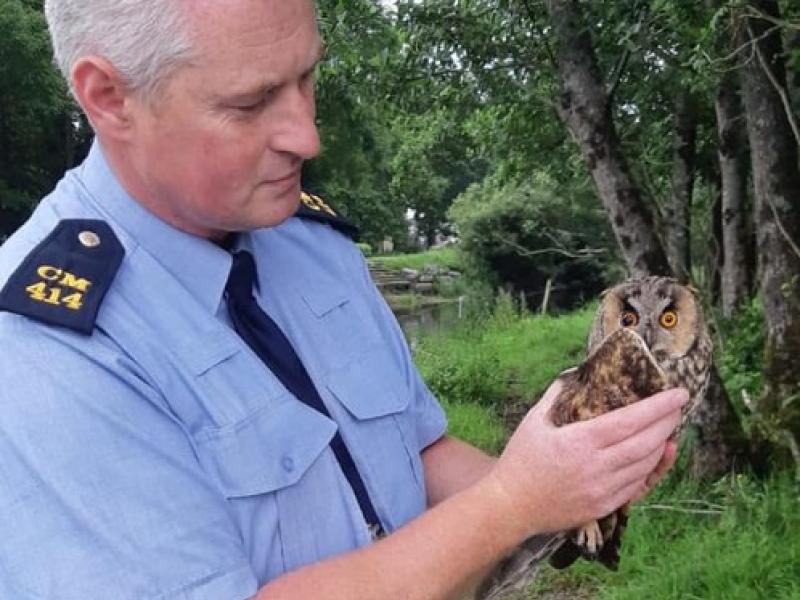 Members of Cavan Roads Policing Unit were stopped in Virginia by two fishermen this week who reported an owl in distress hanging from a tree on the shores of Lough Ramor.

Garda Gorman and Garda Tighe went to the scene and managed to scale the tree and remove the owl who was completely entangled in discarded fishing line, leaving the poor bird hanging upside down.

Luckily the gardai managed to remove all the fishing line and there were no apparent injuries to the owl who was then released and flew away unharmed.

An hour later while driving to Cavan, Garda Gorman and Gda Tighe were again called upon to stage a wildlife rescue when they encountered a young swan on the road at Poles. The birdwas in distress and causing severe traffic disruption. The gardai managed to catch the swan and brought it to Lavey lake where it was released unharmed.

Recounting the rescues on the Cavan Monaghan Garda Division facebook page, gardai quipped: "It has to be said Gardai Gorman and Tighe were a big hit with the birds." 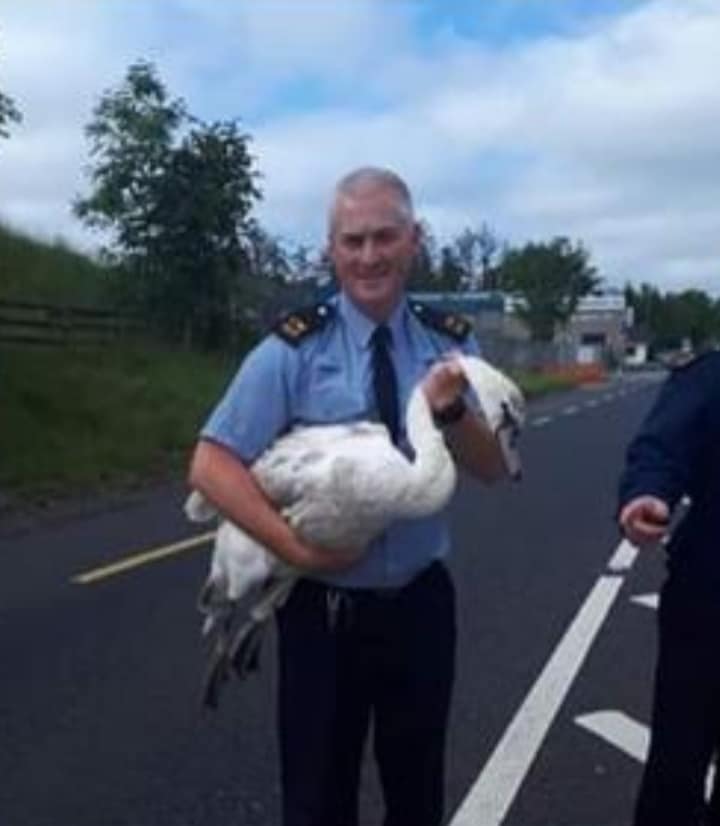 Rescuing the swan in Co Cavan.