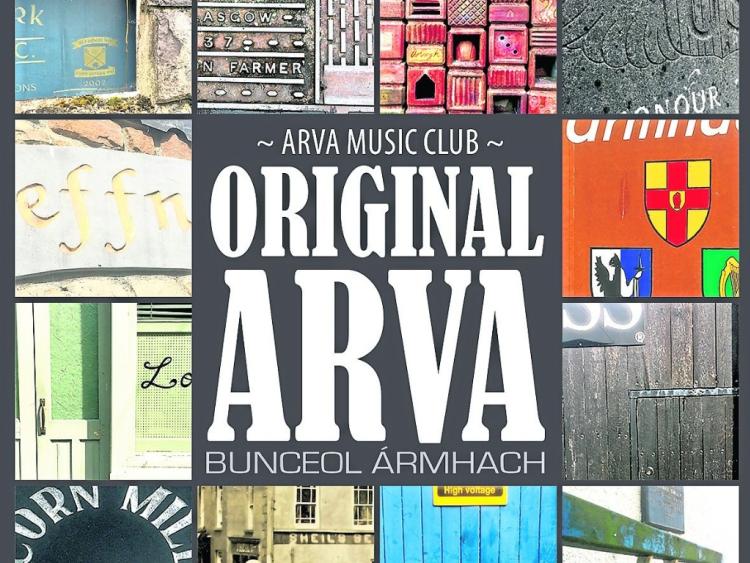 A new CD of original music by Arva musicians has been launched to showcase the range of musical talent around Arva and to raise funds for the new GAA grounds in the town.

The Original Arva album has 17 tracks across a range of styles from rock to ballads and from traditional to blues. Contributions to the album have come from artists based locally and from around the world, including Canada, the US and Australia.

All of the tracks are originals written by or arranged by Arva artists, or by artists who play at the monthly Arva Music Club session in the Breffni Arms in the town. Some of the songs have been recorded professionally in studios while others have been recorded in home studios.

The CD was compiled by local man Niall Gormley as part of the Oskars fundraisers for Arva GAA’s new football pitch.
Niall is a member of both the GAA club and the Arva Music Club, which meets on the last Friday of every month.

The music club features a wide range of music styles and the idea for an album of original tracks was born there, in order to encourage the musicians to be creative.

“I put out a call for new original music and the response was phenomenal,” says Niall.

“I was expecting maybe 7 or 8 songs but we have 17 on the album and we could have had more. Once the word went out on the vine the songs started pouring in.”

Many of the musicians around Arva have been writing and recording for years, sometimes on their own and sometimes with bands. A lot of the artists have been recording tracks at professional studios, often without releasing them on the commercial music markets.

“I was blown away by the quality of the tracks coming in, by the range of styles, the lyrics and the arrangements,” says Niall. The CD comes along with booklets with short biographies of the artists and the background to the Arva Music Club. Another booklet explains the artwork on the CD cover which is based on the use of typography around Arva, touching on its history, its institutions and its characters.

The Original Arva CD costs €10 and is available in a number of outlets in Arva. It’s also available to buy online at www.original-arva.com, where listeners can stream.