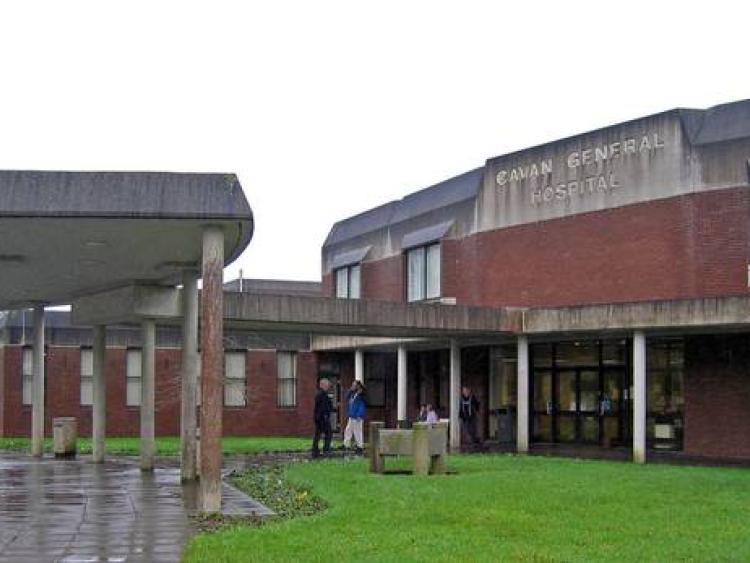 A petition calling for the full retention of the midwife-led service at Cavan General Hospital has attracted thousands of signatures in just a handful of days.

At the time of going to press more than 9,000 people had signed the petition at https://bit.ly/2YbTxGh.

This follows news of what has been described as an “apparent downgrading” of services at the hospital.

The Irish Nurses and Midwives Organisation (INMO) issued a statement over the weekend noting it had previously been assured by RCSI hospital group management that full consultation would take place before any decisions on the future of the service were made.

“Despite this, it now appears that plans to downgrade the service are advancing,” noted the INMO.

At an INMO midwifery section meeting on Saturday, June 6, midwives called on the Government to intervene to ensure the promotion of midwife-led units as set out in the National Maternity Strategy, and preserve the status of the unit in Cavan.

“All local public representatives are being contacted by the INMO and asked to oppose this decision, as it removes a service to women of the region,” said the INMO.

The midwife-led unit is one of only two in the country and is made up of a team of midwives who provide care for women throughout their pregnancy, during labour and in the postnatal period.

The INMO had earlier this year called for the long-delayed implementation of the National Maternity Strategy which recommends the expansion, not reduction of midwife-led units.

The two midwife-led units in Cavan and Drogheda were introduced in 2004 when a controlled trial (the MidU study) found that midwife-led care:

• was at least as safe as consultant-led care,
• required less medical intervention,
• had higher satisfaction rates from women,
• was more cost-effective.

The INMO said a further retrospective cohort study conducted in 2017 showed that midwife-led care is a safe option that could be offered to a large proportion of healthy pregnant women.

David Miskell, Industrial Relations Officer with the INMO for Cavan General Hospital said: “There is a very clear strategy for the maternity service, but the HSE hasn’t properly implemented it.

“The expansion of midwife-led care is an integral part of the National Maternity Strategy. Downgrading the service would fly in the face of national policy.

“Any diminution in the service provided at Cavan General Hospital is a retrograde step for the provision of maternity services in the North East and is limiting choices for expectant mothers.

“We need clarity and a rethink from the HSE and government.”

Sinn Féin Deputy for Sligo-Leitrim, Martin Kenny TD, said that reports of the closure of the Maternity-Led Unit in Cavan General Hospital are "very concerning" for prospective mothers adding that reports the service will be merged with consultancy-led maternity services can only be seen as “downgrading” services in Cavan.

“This move cannot be allowed to happen as it would be contrary to the National Maternity strategy. I also believe there has been no consultation with the IMNO by either the HSE or the RCSI Hospital Group,” said Deputy Kenny.

“Our midwives and the families of this region deserve answers and clarity on this situation.”

He said he and his Sinn Fein colleagues are calling on the HSE and the Government to reject these proposals and ensure there is no downgrading of services in Cavan.

Fianna Fáil TD for Cavan-Monaghan, Niamh Smyth has also sought urgent clarification regarding the future of the service after she received correspondence from stakeholders that the unit may be closed.

She said the Minister for Health and his department must immediately clarify the status of the service and stressed, “There should be no doubts over their future.”