€30m released for ‘backlogged’ medicines to treat patients with a range of diseases, including lung cancer, leukaemia, Parkinson’s disease and chronic migraine. 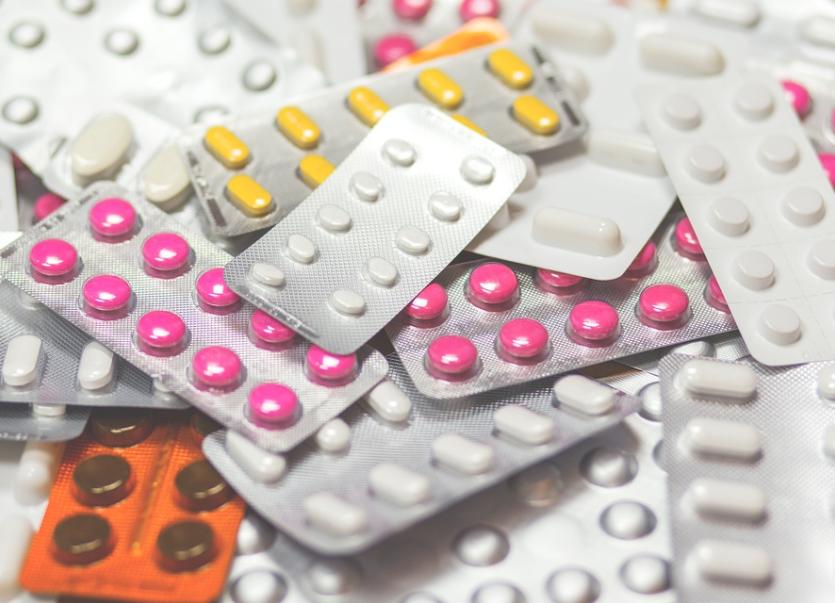 Patients in Leitrim and surrounding areas are set to benefit with the news that the go ahead has been given for access to more of the latest treatment options following the release of an estimated €30 million nationally aimed at clearing a ‘backlog’ of new medicines, according to the Irish Pharmaceutical Healthcare Association (IPHA) which represents the international originator biopharmaceutical industry.

The 15 ‘backlogged’ new medicines are to treat patients with a range of diseases, including lung cancer, renal cell carcinoma, urethral carcinoma, leukaemia, Parkinson’s disease and chronic migraine. A number of the medicines have already been approved by the Executive Management Team of the Health Service Executive (HSE). The HSE is planning their rollout.

The move comes in addition to the industry agreeing to roll over an extension to the existing four-year supply Agreement with the State.

The funding move is the first impact of the Government’s decision to allocate €50 million for new medicines in Budget 2021.

Since July 2019, approvals for new medicines, deemed by the HSE’s Drugs Group to be clinically sound and economically cost-effective, has slowed significantly due to a lack of funding. That caused a build-up, or ‘backlog’, of over 20 approved but unfunded medicines. The result was that more than 11,000 patients experienced delays accessing vital treatments.

As part of a six-month extension to the supply Agreement agreed in July, the HSE agreed to reimburse some of these new medicines using savings from price cuts agreed by IPHA member companies on other medicines. Then, in October, the Government announced €50 million in funding for new medicines this year.

The €30 million released comes at a time aligned to the latest extension, or ‘rollover’, to the Agreement accounts for a portion of that €50 million fund. After Budget 2021, IPHA said the new funding would be a “game-changer” for thousands of patients. The fast approval by the HSE, along with cooperation between industry and the State, mean that patient impact is materialising.

The new extension will run until the end of July, with a review by the end of April. In May, formal negotiations on a new supply Agreement will begin. If the State needs more time, the IPHA is open to extending the rollover beyond the end of July to the end of September.

Paul Reid, President of IPHA, said: “We have agreed to roll over the extension to the existing Agreement for three reasons. We wanted to give thousands of patients access to the latest treatments by attaching a specific funding amount to medicines we know they need. We wanted to help the State to manage the pandemic by giving them time and space, without the burden of negotiating a new Agreement right now with the industry.

“We wanted to secure the supply of medicines to the health services, especially during Covid, through the governance framework the extension provides. All of this trends towards the start of negotiations on a new supply Agreement during the extension’s timeframe. This is an arrangement that works for everyone - for patients, for industry and for the State.”

Oliver O’Connor, Chief Executive of IPHA, said: “This extension is a bridge towards a negotiating a new Agreement that places the supply and funding of new medicines on a sustainable, predictable footing. By committing to structured, transparent engagement with our industry on medicines expenditure and the reimbursement process, the State has acknowledged us as a reliable partner in raising standards of patient care. This extension prepares the ground for a new Agreement, with each side making commitments to the other on joint funding, information-sharing and continuous dialogue.

“The politicians, especially the Taoiseach and Ministers Donnelly and McGrath, and officials working at the HSE, the Department of Health and the Department of Public Expenditure and Reform deserve significant credit in working together to improve the reimbursement environment.

“We still have some way to go. We want to create a positive context for the Government’s decisions for Budget 2022 so that funding for new medicines continues at the right level. Together, we can build towards a resolution that recognises the shared ambition to give patients the best treatment options at speed and scale.”

As part of the extension, IPHA member companies will continue to pay the HSE a rebate of 5.5% on  medicines for community and hospital supply.