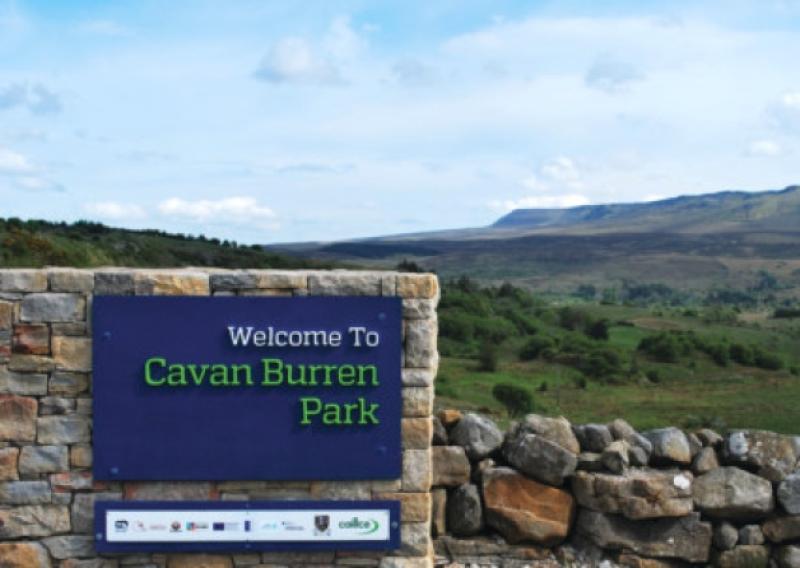 The Cavan Way walking trail has been added to the Government’s "Walks Scheme" and should help boost the World Geopark and Cavan Burren.

The Cavan Way joins the Arroo trail in Leitrim to be added to the new scheme.

In Co Cavan, 11 landowners will receive funding to maintain "The Cavan Way", which is a 26 km walking trail linking Blacklion and Dowra.

Cavan Fianna Fáil Councillor has welcomed the extension of the National Walks Scheme to the Cavan Way from Dowra & Blacklion through Breifne Integrated.

The Cavan Way is currently managed by Cavan County Council and, when opened in the late 1980s, was the first time the key sites in what is now known as Cavan Burren Park were really opened up to the public and also linked Dowra, the First Village on the Shannon, and the Leitrim Way walk, along the Shannon River, to the Shannon Pot in Glangevlin and on to Blacklion and the Ulster Way Trail.

Those first steps in the 1980s are the foundation for the later investment in the Cavan Burren Park and what is forthcoming for the Shannon Pot and indeed the Cavan element of the Cuilcagh Lakelands Geopark.

Local landowners have been very accommodating of the Council and walkers in terms of putting the Cavan Way in place but also in the completion of some re-routing over the years and in on-going maintenance.

As the Cavan Way now forms part of the Beara-Breifne Walk and falls under the auspices of the National Trails Office, the National Walks Scheme initiated by then Minister, Eamon O Cuiv in 2008, will allow landowners over whose property the Cavan Way passes to agree a programme of maintenance which the landowner must complete in return for an annual payment.

There has already been some engagement with landowners, this will now be led by the Council and Breifne Integrated with more details t National Walks Scheme Extended to Cavan Way.

Funding for upkeep of spectacular Arroo Trail in North Leitrim