Unusual New Year's Traditions from around the world 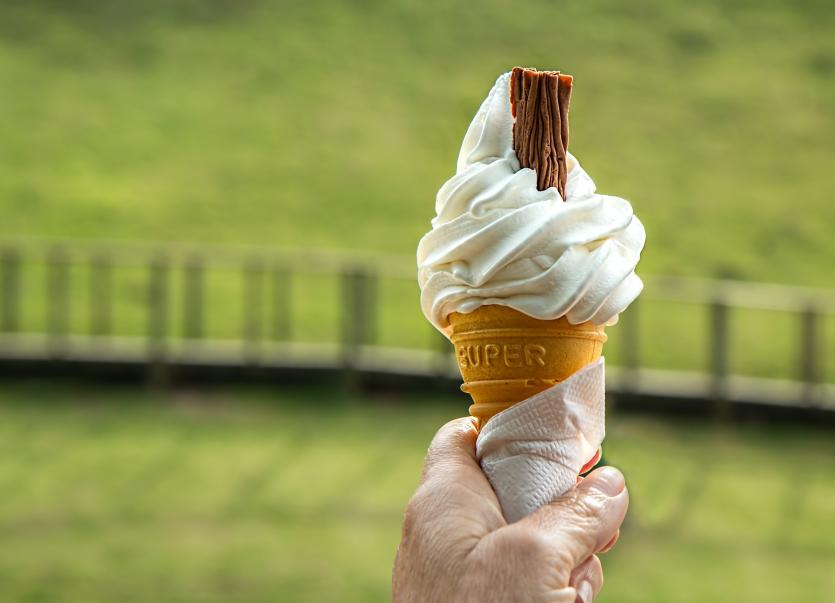 A dollop of ice cream dropped on the floor at New Year's is supposed to guarantee abundance for the coming year.

Ever wondered about some of the strange traditions used to welcome in the New Year around the world?

Well here are 15 of the weirdest traditions from countries around the globe.

In Spain, the New Year’s tradition for good luck revolves around grapes. At each of the 12 chimes of midnight you eat a grape to guarantee good luck for the coming year. This is probably not the best idea considering how grapes are a serious choking hazard, but who are we to judge...

2. Jumping into the New Year

In Denmark, if you are indoors watching the countdown on television, it is a tradition to climb onto a chair or the sofa and literally jump into the New Year, timing your acrobatics for the exact stroke of midnight. No it doesn't really make any sense, but we're all for trying something new.

“First footing” (or the “first foot” in the house after midnight) is a long-standing tradition in Scotland. To ensure good luck for the house the first person to step into the house on New Year's Day should be a dark male, and he should bring with him symbolic pieces of coal, shortbread, salt, black bun and a wee dram of whisky for extra luck.

4. The sweet taste of success

In Bolivia coins are baked into cakes and whoever finds the coins is thought to guarantee good luck for themselves for the coming year.

French people don’t send Christmas cards; they send New Year’s greeting cards instead. People in France not only send New Year's Cards, they continue to wish each other 'la bonne année' throughout the month of January!

An old custom that is still followed in some places, especially in the south of Italy, is throwing your old things out the window to symbolise your readiness to accept the New Year.

7. Seven is the magic number

In Estonia the numbers 7, 9 and 12 are considered lucky. There goes a belief that people should eat 7, 9 or even 12 times on the New Year day. This tradition is said to “ensure abundant food in the coming year.” A person who is able to eat seven meals that day is said to go into the new year with “the strength of seven men.”

Strange as it sounds, a popular New Year's tradition in Denmark is to throw plates at the doors of your friends on New Year's Eve.  At midnight it is tradition to round up all your broken bits of china and smash it against your friends’ door in a sign of affection and ever lasting friendship. We aren't sure how popular you are for leaving the mess for your friends to clean up!

9. The circle of success!

In the Philippines the circle is the symbol of success and the perfect way to encourage prosperity in the New Year. Families find 12 round fruits - one to symbolise each month of the coming year. Filipinos also try to dress in clothes marked with polka-dots because the roundness signifies prosperity. Their pockets are filled with round coins, which are jingled  to attract wealth.

This is a rather baffling tradition but in Brasstown, North Carolina, USA the New Year is marked by dropping an opossum. The festivities start at 9.30pm on New Year's Eve and focus on an opossum captured specially for the ocassion. On New Year’s Eve, the  opossum is slowly lowered (while sitting in a plastic cage), as people count down the seconds to midnight. At the stroke of midnight, the opossum is set free. Why is this the perfect way to mark the New Year? Really, we have no idea.

11. Pick your underwear carefully on the 31st!

13. Bedding down in the graveyard

Not for the faint of heart, in a small town in Chile one New Year tradition is to sleep on New Year's Eve next to the graves of your family members. The tradition is relatively new, starting in 1995 in the town of Talca, but it has grown in popularity over the last few years ad more than 5,000 take part each year, sleeping in their local graveyard.

14. Ringing in the New Year - literally!

In Japan the tradition is to literally ring in the New Year. Bells are rung 108 times as the old year fades out and the new year comes in. These 108 rings are said to symbolise the 108 different human sins that are part of the Buddhist belief system. The bells are supposed to erase the sins of the previous year. Each bell rings 107 times leading up to midnight, and once after midnight.

Ok, so this isn't strictly a New Year's Day tradition, but it is all about starting the New Year with a clean slate, so to speak. In this small Peruvian village people take a very unusual form finalising the end of the outgoing year. At the end of December the villagers meet and stage fist fights to settle their differences - this applies to both men and women.