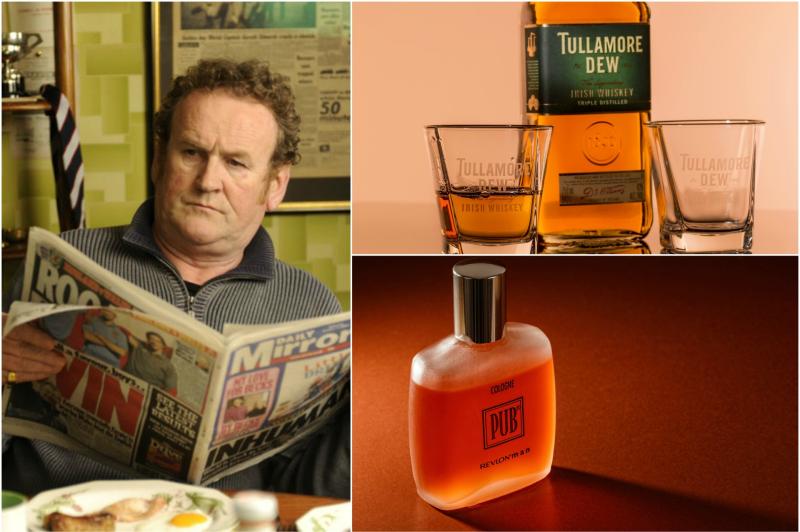 Drink - You can't go wrong with a bottle of whiskey or brandy. Let the man enjoy himself over the Christmas. It will be Irish coffees all round after dinner!

New wellies - The man is fierce attached to the old ones, but they're dragging in muck all over the kitchen floor. Your mother can't be having that, plus the old ones are in bits. They've been to more Ploughing Championships than Marty Morrissey.

Novelty Guinness stuff - A bottle opener that he'll never use is always a good novelty present. He'll be chief barman for the visitors over the Christmas for the sole purpose of whipping out the new opener. Will go into a drawer in the kitchen after that never to be seen again.

A gadget - Whether it's a tablet to get him up and running on 'the Facebook,' or a new phone, he'll knock hours of craic out of it and will invariably download an app that tracks planes in the sky.

A joke book - His jokes are growing stale, so give him the gift of a laugh, and everyone else the gift of him repeating the same terrible jokes over and over again for the next year. 'Did you hear this one...'

An aul jumper - You can't beat a few 'new duds' for the father's wardrobe. A good woolly jumper will be right at home whether it's out and about or going to that aul show with your mother, he';; get great wear out of it! Literally until it falls off his back some day out on the bog...

ALSO SEE: Stuck for a gift for 'd'mammy'? We've some suggestions!

Nature DVDs - Get him hooked on Planet Earth or Blue Planet and he'll become one of those dinner table experts on everything from the eating habits of a Puffin, to the skin cycles of a rattlesnake. Sure, we all love hearing about those.

Smellies - 'Some aul Hugo Lauren shite - lovely.' He'll give out that you 'spent so much on such a small aul bottle' but will strut into the kitchen after mass asking all before him to have a smell.

Slippers - Whether he'll admit it or not, the aul lad loves a good pair of slippers, and really, the sillier the better. Denis the Menace's head, Dustin the Turkey, Podge and Rodge - all winners!

A toy - Make him feel young again by buying him something like a remote-controlled car that he can hammer off the skirts of the presses in the kitchen, under your mother's feet don't you know, and she only strangled with the dinner!