Puppies are not for Christmas insist Leitrim Animal Welfare

Message still not getting through says Leitrim Animal Welfare 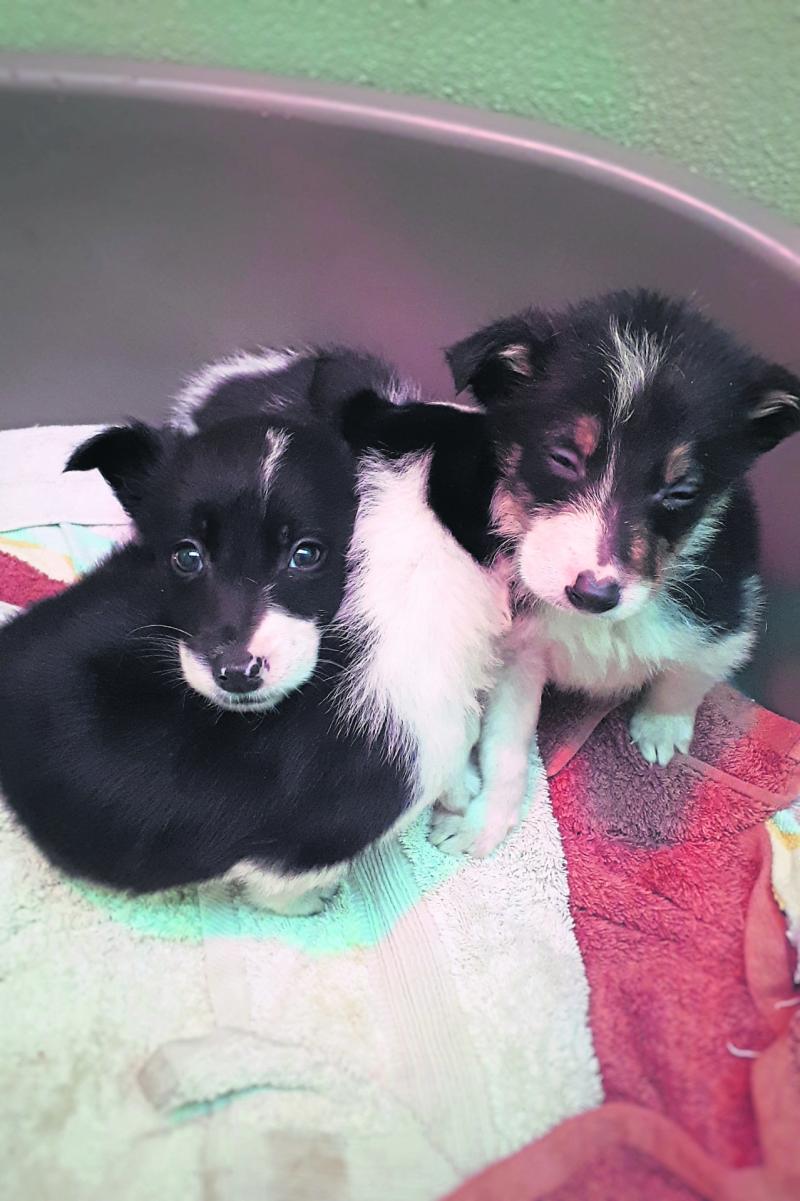 Some of the border collie puppies that were in a cardboard box dumped at the gate of Leitrim Animal Welfare recently.

“Puppies are not for Christmas” is a much-used and often-heard saying but unfortunately the message is still not getting through to the general public.

People still insist on giving a puppy or a pet as a Christmas present but all the evidence shows that is entirely the wrong thing to do.

Only recently, staff at the centre discovered a sealed cardboard box which was left outside the centre's gate which contained seven border collie puppies.

On the box was a written message that said “solid food” but the puppies were only five weeks old and were too young to have been taken from their mother.

“The message written on the box shows this was very premeditated. They came during the day while we were there,” Cillian said.

He explained that if owners find themselves in difficulty, an accommodation can be made.

“Instead we have no history and no way of knowing about their mother. They should not be taken from the mother for at least eight weeks,” he said.

Cillian said their door is always open for people to get advice if they feel overwhelmed.

“Just open up a dialogue because otherwise we know nothing,” he added.

Two other border collie puppies aged five months were recently found abandoned in the Kilclare area near Carrick-on-Shannon and were taken to the pound.

They, like every other stray or abandoned dog, is kept for five days. If unclaimed after that period, Leitrim Animal Welfare will take them into the system.

All dogs are neutered, vaccinated and micro-chipped. The law that all dogs be micro-chipped was introduced in 2013.

The seven puppies who were dumped at the centre were an instant hit on Leitrim Animal Welfare's Facebook page and there was a lot of interest by the public to adopt them.

However LAW closes its adoption window each Christmas and as and from December 15th last, no dogs are adopted from the centre until the new year.

“The message is still not getting through,” said Cillian. “The 15th of December is the cut-off for adoptions as Christmas is a terrible time to get a dog as there is a lot of activities in the house at that time of the year.”

He said getting a puppy comes with a huge amount of work and responsibility and each year from mid January to April the centre is inundated with puppies who are given up for adoption as the owners can't cope with animals who “poo everywhere, get bored, grow bigger, bark constantly, are untrained, over-excited and under-stimulated.”

It is up to Leitrim Animal Welfare to pick up the pieces.

Cillian said that any time they post on Facebook there is a lot of interest in puppies but less so for older dogs.

He said everyone in Leitrim Animal Welfare is more than willing to give advice to help people to have the best life they can have with their dogs. All it takes is a little bit of adjustment and they are happy to work with people to achieve this.

Leitrim Animal Welfare primarily deals with dogs and they are currently building two new indoor kennels with lots of exciting activity going on in the centre.

They hope to develop an education aspect to the centre where school groups, farming organisations, men's sheds, etc can visit and learn about the work they do there.

Leitrim Animal Welfare also caters for cats and a new cattery is due to be built on site as well.

Leitrim Animal Welfare unfortunately also at times has to deal with horses and donkeys and they work closely with the Longford-based charity Hungry Horse Outside in that regard.

Cillian, who was appointed Animal Welfare Officer last August, covers the entire county and he and his colleagues rely on the community to assist them in the care of animals. Part of his work includes dog warden duties, checking dog licences, dealing with complaints and organising dog licence awareness campaigns.

There is currently a big push for volunteers to help out at the centre and plans are in train to develop a short-term fostering programme to get dogs out to a home for a week or two.

Understandably, the costs of all this are significant and while central funding comes from Leitrim County Council, Leitrim Animal Welfare are continuously fundraising and donations to the centre can be made via PayPal and DonorBox which can be found on their website www.leitrimanimalwelfare.weebly.org

They can be contacted at 071-9648300 (which includes voicemail - leave a message and they will call you back), email leitrimawt@eircom.net and their Facebook page is 'leitrimanimalwelfare'.

A novel fundraising idea is a calendar which is on sale now from the centre and is also available from Crowe's Veterinary Clinic, Carrick-on-Shannon, Ashwood Veterinary Centre, Mohill, and Animal Health Centre, Manorhamilton.

It costs €13, or three for €30, and helps to support the ongoing work at the centre.