A man who left a Donegal hospital against medical advice while suffering with severe symptoms of Covid-19 has died.

The man passed away at Letterkenny University Hospital yesterday after later returning to the hospital.

In a video shared widely on social media, the 75-year-old was encouraged by an individual to discharge himself from the hospital, while doctors warned him that doing so could endanger his life.

It is understood he left the hospital, but returned a number of days later in a serious condition and was placed on a ventilator.

The Saolta Hospital Group, which runs the hospital, said it could not comment on individual cases.

But in a previous statement, the group had said it was "gravely concerned" by a number of recent incidents at two different hospital sites in which groups of activists attempted to spread disinformation about Covid-19.

It said: "Saolta has grave concerns about the impact of this type of activity on both patients and staff.

"The deliberate spreading of disinformation and at times defamatory comments against named staff members, along with the posting of these videos on social media platforms, is adding significantly to the burden already facing healthcare professionals.

"While Saolta endeavours to facilitate patient visiting when possible, incidents like this are highly disruptive and upsetting in clinical settings."

It said hospitals across the region are under extreme pressure as a result of record level of attendance and that patient safety and care is of paramount importance to the hospital group. 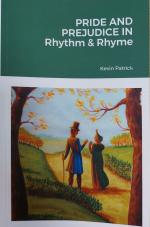