5.5% increase in Leitrim rents according to latest Daft.ie rental report 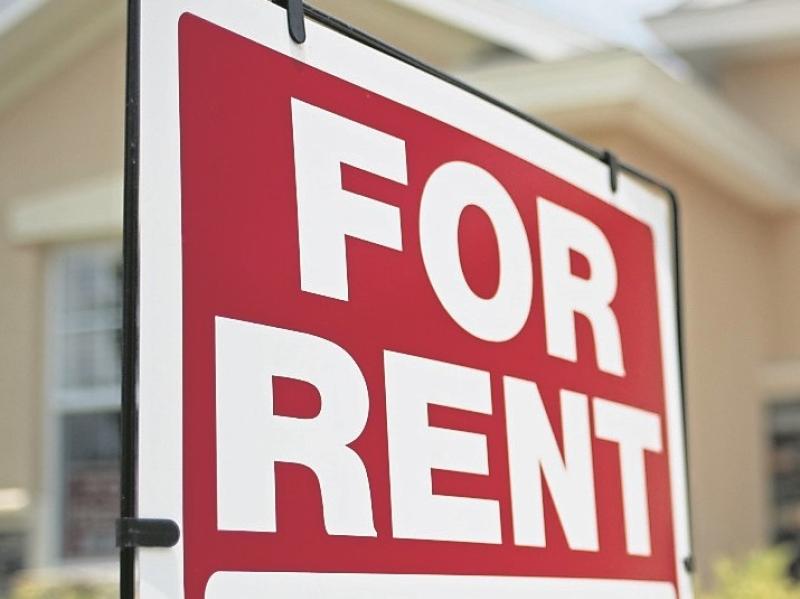 This represents the eighth consecutive quarter in which annual inflation in rents has been greater than 10% and also that a new all-time high has been set.

The average monthly rent nationwide during the first quarter of 2018 was €1,261.

Rents continue to rise rapidly in other cities also. In Limerick city, rents were 17.1% higher than a year ago, while in Waterford, the increase was 14.6%.

There were 3,086 properties available to rent nationwide in April.

This is the lowest number ever recorded for this time of year since the series started in 2006, and the figure marks a 17% decrease on the same date a year previously.

In Dublin, there were just 1,265 homes available to rent, one third below the average over the last five years and just one quarter of the average in the period 2008-2013.

Commenting on the report, Ronan Lyons, economist at Trinity College Dublin and author of the Daft Report, said, “Rents have now been rising almost three times as long as they fell in the crash and the increases show no signs of moderating. 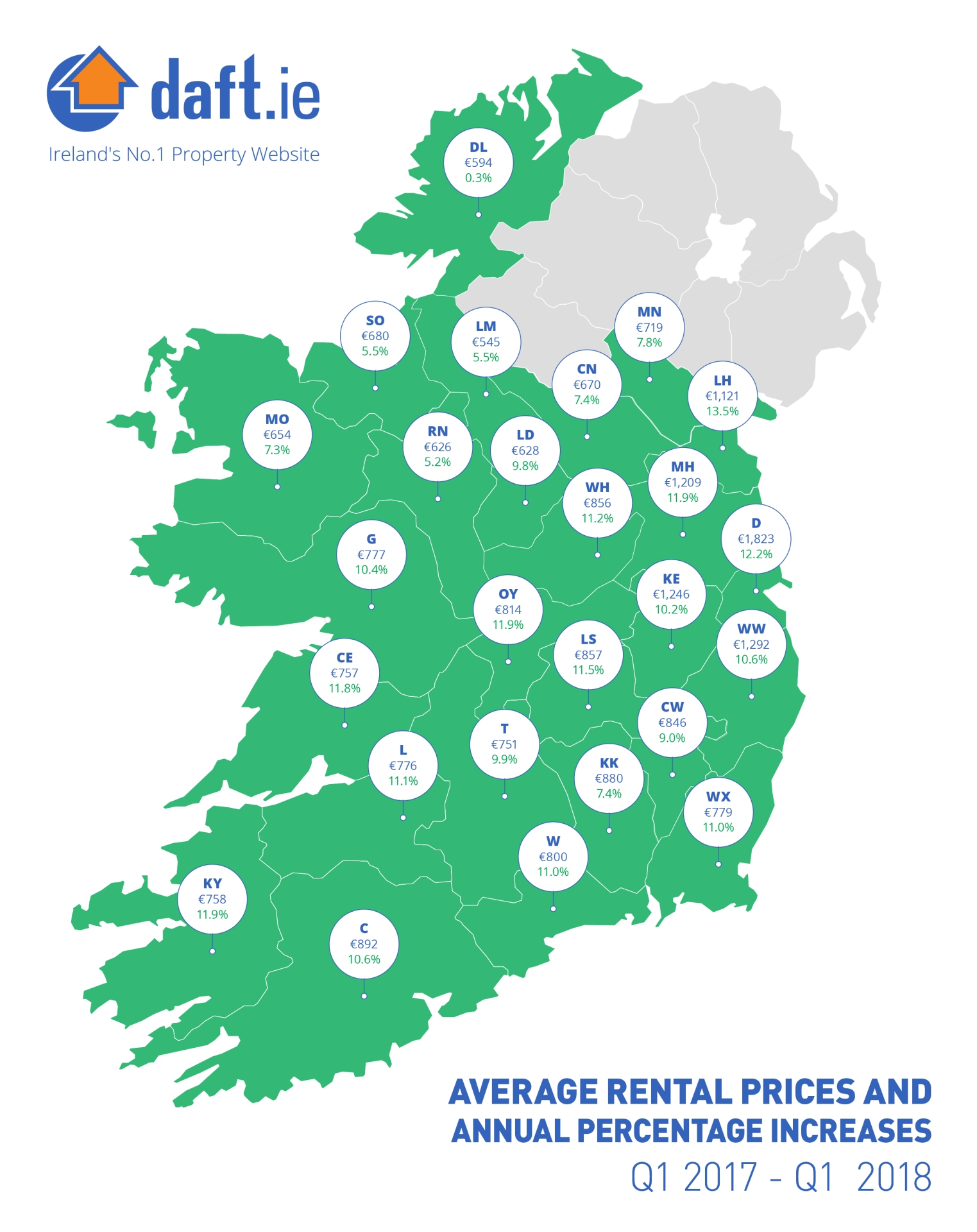 “With the exception of Donegal – where Brexit is having a clear effect on the local market – the problem is countrywide, although it is certainly most acute in Dublin. It is clear that, for those who have to look for a new home in the open market, rental inflation remains well above any reasonable measure of health. But as ever, rents are only the symptom.

“The cause remains a chronic and worsening lack of rental supply. Policy must focus on dramatically increasing the construction of urban apartments over the coming years, in order to meet both the backlog of demand and the country’s needs over coming years and decades.”

Martin Clancy from Daft.ie said, “Interest in the property market continues to increase with, on average, over 1,000 searches now taking on Daft.ie every minute.”