Leitrim Sports Stars to be honoured this weekend at awards ceremony 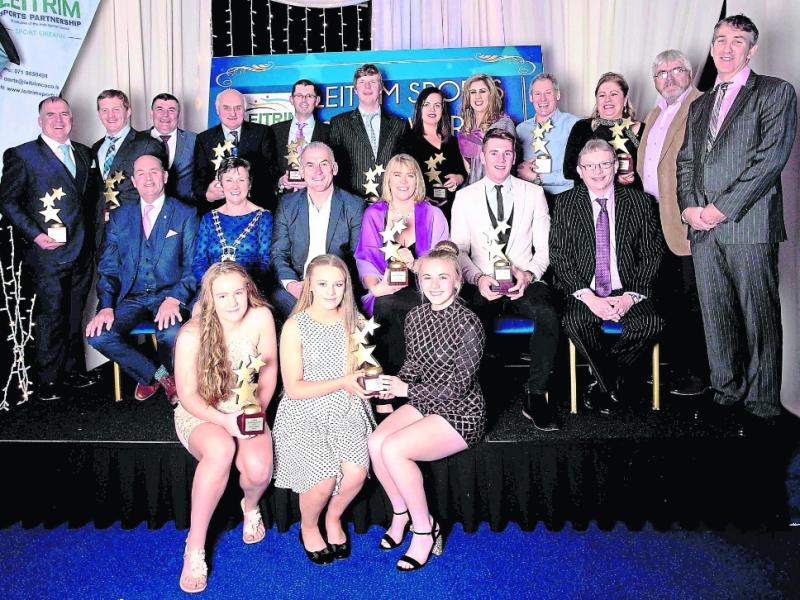 The Landmark Hotel in Carrick-on-Shannon is the place to be next Saturday night if you want to see the brightest and best of Leitrim's sporting talents.

The Carrick-on-Shannon hotel hosts the eighth annual Leitrim Sports Star Awards and organisers, the Leitrim Sports Partnership, are reporting enormous interest in the event this year with tickets selling fast.

So fast in fact that anyone who hasn't got their ticket is urged to contact the Sports Partnership immediately if they want to attend what promises to be a superb evening and a celebration of Leitrim sport.

Twelve different sporting activities, five schools, twelve clubs and 19 different individuals are in contention for Awards that were nominated by the Leitrim public and then decided upon by a judging panel.

But some awards are known in advance with the Hall of Fame Award going to Ballinamore's Tommy Moran, a man synonymous with Leitrim, the GAA and life in the county, the award a well deserved recognition of a lifetime's work.

One of Leitrim's best known raconteurs and a man who can light up a stage, the former Leitrim County Board Secretary, Connacht Council President and All-Ireland Semi-Final referee, amongst other things, is an incredibly popular winner of the award.

Another very popular winner is Dessy Doyle who receives the Leitrim Observer Unsung Hero Award for a lifetime's work behind the scenes in keeping Leitrim Cumann na mBunscol going and not just going, expanding and going from strength to strength.

There is bound to be a lot of nerves as each of the winners is announced next Saturday evening by MC John Lynch while this year's special guest is Irish Hockey captain Katie Mullen.

Each winner will receive a specially handcrafted award presented by each of our generous sponsors and the Overall winner of the Leitrim Sports Star of the Year will be chosen from among the nominees.

If you haven't got your ticket yet for Saturday's Leitrim Sports Star Awards, there is still some time if you contact 071 9650498 or emailing sports@leitrimcoco.ie immediately. Tickets cost €40 each and the event gets underway at 7.30 pm sharp, those attending are urged to be early.