Funding needed for damage from flash floods in Leitrim 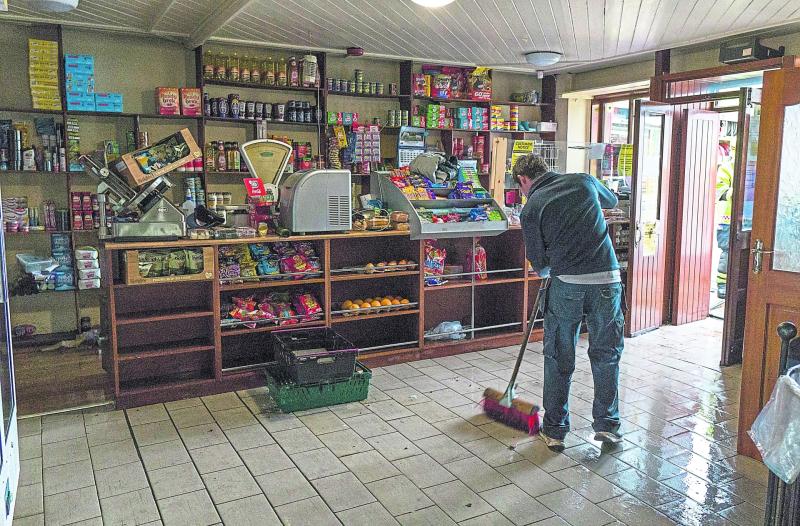 Compensation for damage from flash flooding in Ballinaglera in August this year along with measures to prevent such an event happening again are being sought by locals who were affected by the unusual floods.

Independent Councillor Gerry Dolan is calling for Minister of State Patrick Donovan to provide funding for the residents of Ballinaglera who suffered from extraordinary flooding.
Two houses had to be evacuated and there were several other houses under threat of flooding for a short while, Skerry Ryan's Pub and shop were damaged along with a bridge, roads, farmlands and stock fencing.
Cllr Dolan said the victims of this flooding deserve money.
He said the river went “off course” and damaged a bridge.

At the time “The football field in Ballinaglera was like a lake. Places have flooded where people have never seen it flooding in living memory before.”
Cllr Dolan also asked if the rivers in Ballinaglera have been assessed and what maintenance needs to be done to prevent a re-occuraence of the flooding. Cllr Enda McGloin also brought up the issue, the need for funding was supported by all councillors.

Cllr Dolan said he understood stones came down from the mountain and got lodged in the river. He said there was a tradition in the area of people removing these stones but they were told a number of years ago not to touch them.

The council have made three applications to the OPW under the Minor Flood Mitigation scheme for works in the rivers and some repairs to bridges and existing barriers. The council said they have met with the OPW and further information is requested.
They expect the OPW to make a decision on the funding application shortly.

Council Engineer Darragh O'Boyle said there are fishery and environment laws to be aware of in rivers and all parties need to discuss the plan going forward.
The council accepted the roads around Ballinaglera “did suffer” due to the flooding and they will be included for repair and maintenance in the council's three year road programme.

Creating Our Future Roadshow to visit Leitrim this week