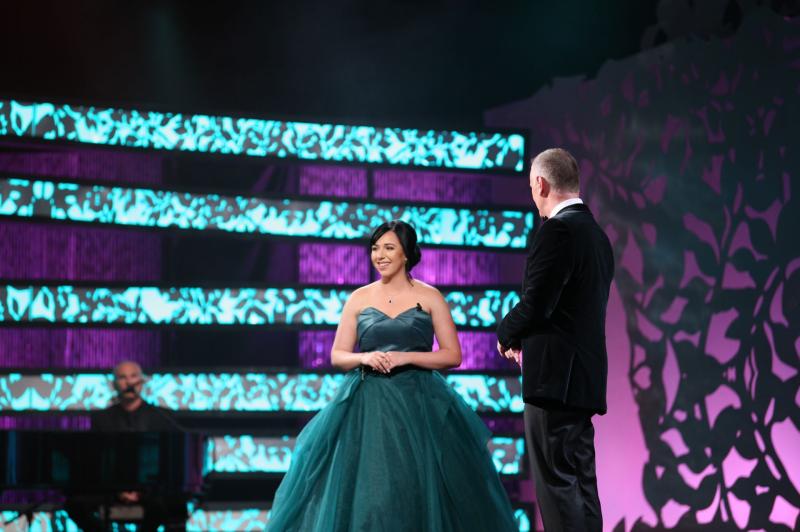 Saoirse appeared in the second part of the show after the news. She glided on stage wearing a stunning emerald green ball gown. Saoirse had told the Leitrim Observer it was the "dress of her dreams" and it did not disappoint. It was designed and created by Margaret Coyne Couture in Dowra.

Saoirse conversed with Dáithí for a few minutes as gaelige, before going on to say her favourite part of the experience was her homecoming to Leitrim. She thanked everyone for turning out to support her in Drumshanbo and she was delighted that many of the roses also have Leitrim down as their highlight of the rose tour.

Saoirse talked about her studies in NUIG, the challenges during Covid and her hopes to become a teacher. The Shed Distillery where she works as a tour guide got a good plug. And even her mother Jacqui got to join in the conversation when James Patrice had a chat with her in the audience.

Saoirse finished off her time on stage singing Elton John's "Your Song" which Dáithí O Sé said was beautiful.